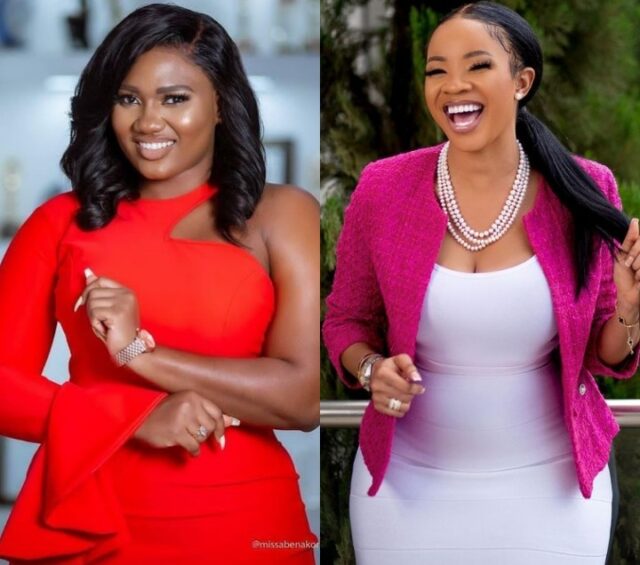 Serwaa Amihere has been trending for over 24 hours now on twitter for allegedly sleeping with some top politicians and the boyfriend of her own friend. And the person blamed for leaking these information is Abena Korkor who has finally reacted to the allegations.

READ ALSO: Shatta Wale Trolled For Saying He Is Scared Of His Own Album. [See Trolls]

From her reaction, she claims not to be the one behind the ghost account that made the allegations on snap chat. However, she didn’t do herself any good when she claimed on Sunday that Serwaa Amihere was having an affair with Sammy Awuku and John Boadu.

Since the wild allegations were made yesterday, some people started pointing fingers at Abena Korkor including Kwame A Plus.

READ ALSO: “Mad Woman With YouTube Page?”- A Plus Hits Back At Abena Korkor After Her Latest Rant 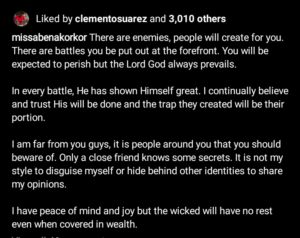 According to her, “There are enemies, people will create for you. There are battles you be put at the forefront. You will be expected to perish but the Lord God always prevails.

In every battle, He has shown Himself great. I continually believe and trust His will be done and the trap created will be their portion.

I am far from you guys, it is people around you that you should beware of. Only a close friend knows some secrets. It is not my style to disguise or hide behind other identities to share my opinions.

I have peace of mind and joy but the wicked will have no rest even when covered in wealth.