The embattled NPP member of Parliament for Dome-Kwabenya Constituency, Hon. Adwoa Safo doesn’t seem to be perturbed by the talks surrounding her continued absence from Parliament as she shares proud moment her son with Kennedy Agyapong delivered a speech at his school in the U.S.

Adwoa Safo’s son whom she had with Kennedy Agyapong has certainly made her proud as she shared his latest achievement on her official facebook page.

Her son, Kelvin Ohene Safo-Agyepong delivered a touching speech few days ago at his school in the US in front of Student Council of the school. And from the speech, you could clearly see that the young boy has been in the States for the large part of his life judging from his foreign accent.

Sarah Adwoa Safo shared the news on her Facebook page with the caption “Kelvin Ohene Safo-Agyepong delivers a speech before the Student Council of his school.”
#ProudMum 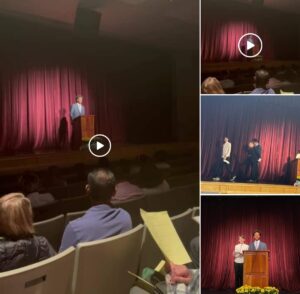