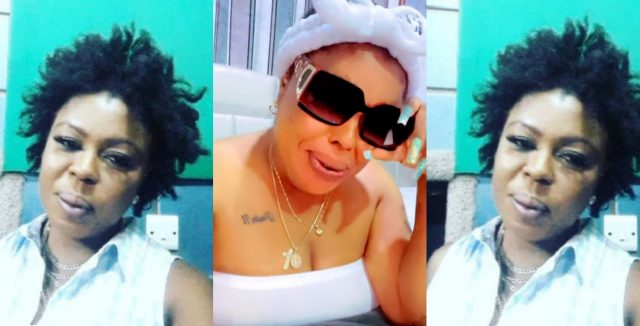 Afia Schwarzenegger, who has been sued by NPP chairman for Ashanti region, Chairman Wontumi for defamation is alleged to have been arrested in the early hours of today, June 11 2022.

The video of her alleged arrest was shared by one of her nemesis, Nana Tonardo who says he has his eyes on her even though he is currently out of the country.

Unfortunately, we cannot confirm if indeed she is the lady at ‘counter back’. Nana Tonardo posted the video of her reported arrest with the caption “ASIBOLANGA Was arrested af Aitport Police station this dawn at 1am for not paying for a drink she bought. I have my set light on you Baraaa.. thieffff

RELATED POST:   Kwaw Kese Reveals Why He Doesn't Do 'Side Chics'