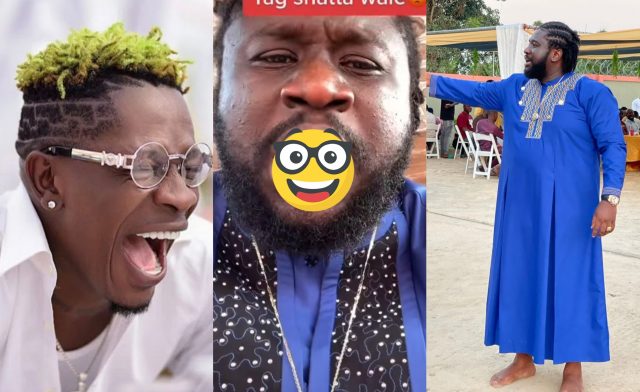 Leader of the Ajagurajah movement in Ghana, Bishop Kwabena Boakye Asiamah, popularly known as Ajagurajah has got many laughing out loud as he extends an invitation to dancehall artiste, Shatta Wale and his movement for a massive Banku party any time he chooses.

Ajagurajah, who sometimes calls himself the ‘chop bar pastor’ due to his desire to always serve his members food after service is planning on having a banku party with Shatta Wale and his fans.

Cooking and serving his members isn’t new to Ghanaians. However, it seems he wants to try something different this time around as he has extended an invitation to Shatta Wale and his Shatta movement for a massive banku party anytime, any day and any where he prefers.

He is clearly a big fan of the dancehall artiste and believes before he, Ajagurajah became who he is, there was Bandana hence will be glad to have him and his fan for this massive banku party.