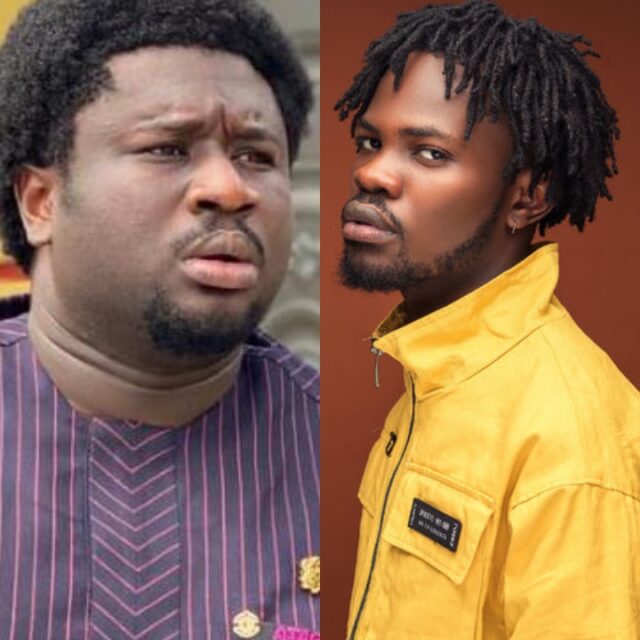 Controversial Prophet, Ajagurajah has revealed in a recent interview why he sacked Fameye from his birthday party.

According to Kwabena Boakye Asiamah popular known as Ajagurajah, he sacked hi-life musician Fameye from his birthday party because he refused to wash his feet..

READ ALSO: 10 Times Benedicta Gafah Brought Out The Boss Chick In Her. [Photos]

He made this shocking revelation when he appeared on the Starr Chat show on Starr FM hosted by ace journalist, Nana Aba Anamoah. 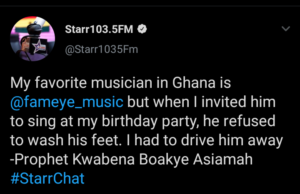 According to the Prophet, Fameye is his favorite musician in Ghana but he sacked him from his birthday party when he refused to wash his feet. Reason being that the washing of feet is a rite he does not compromise for anything.