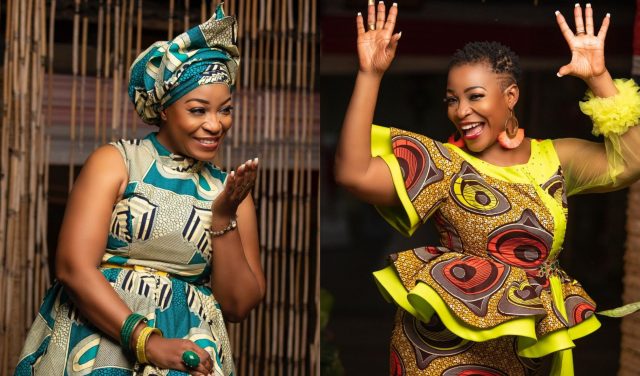 Akofa Edjeani is a legendary ghanaian veteran actress that has contributed massively to the growth of the movie industry in Ghana. She is also a movie producer and entrepreneur.

She is a multiple award winner as an actress and movie producer including Best Short Film Award at the African Movie Academy Awards (AMAA) in 2008 with the movie, ‘Not My Daughter’ which talks about female genital mutilation.

She is the sister of the late Constance Emefa Edjeani-Afenu.

Akofa discovered her love for acting at a very young age and featured in a number of school drama’s at the time.

She attended Mawuli School in the Volta Region for her secondary education and preceeded to the University of Ghana for a Bachelor’s Degree in Arts. She also holds a certificate in Public Relations, Marketing and Advertising from the Ghana Institute of Journalism (GIJ).

The veteran actress started acting right from her secondary school days in the school drama club but became a professional after school in the early 1990s.

She was a common face in most of the movies at the time due to how well she plays her roles and as the awards to show for it.

Aside acting and movie production, Akofa also operates her own restaurant which she started almost twenty years ago in Kanda in Accra.

Here are some movie she has featured in;

Akofa Edjeani is currently divorced. She revealed in an interview a few years ago that her marriage of over 20 years to Robert Asiedu had ended in a divorce. She however said she was willing to remarry again.

Her marriage to her ex-husband produced two children.

The actual net worth of the veteran actress has not been made public.