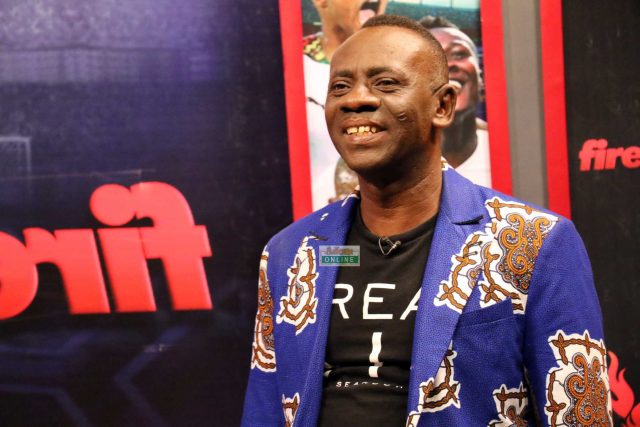 Akrobeto is a legendary ghanaian actor and comedian. He is also a TV presenter and the host of “Real News” on UTV which airs on Friday evenings.

He is undoubtedly one of the most loved actors in the country due to his comic nature and humility that makes him easily approachable.

His works have not gone unnoticed as he was adjudged the overall Entertainment personality of the year at the Entertainment Achievement Awards in March 2021.

The legendary actor was born Akwasi Boadi but is well known simply as “Akrobeto” aka. “Who ‘nose’ tomorrow”

He hails from Ayirebi in the Eastern Region of Ghana.

According to him, he was so poor academically that his teachers has to just promote him at the end of every academic year despite failing his exams.

He later auditioned for a role in a kumawood movie under Miracle films production alongside Oheneyere Mercy Asiedu who was also a member of the Kristo Asafo band.

He soon became a household name in the country acting alongside other top kumawood stars such as Agya Koo, Nana Ama McBrown, Christiana Awuni, etc.

Aside his acting prowess, the actor also hosts a TV show on UTV called “Real News” where he presents news using his unique style that can only be done by him only. Snippets from his show has gone viral both in Ghana and many other foreign countries. 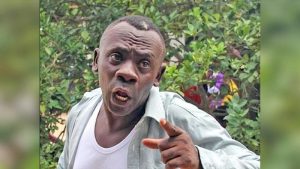 The comic actor and comedian has featured in over a hundred kumawood movies including;

He has managed to keep much of his personal life away from the public until about a year ago when his eldest son who leaves in Belgium emerged online.

Akrobeto is married to Georgina Johnson and has three children.

The ccurrent net worth of the actor is not yet known to public. We will however update this biography as and when such information is available to us.