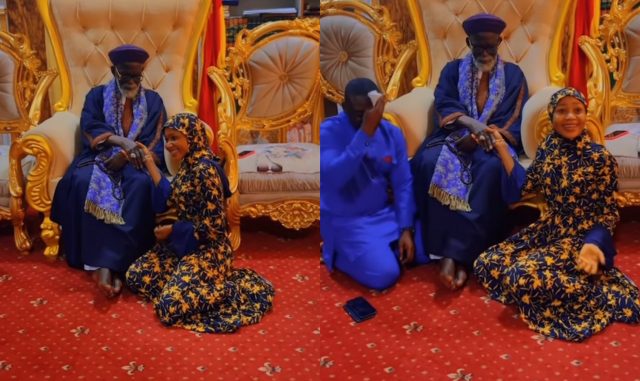 Controversial ghanaian actress, Rosemond Brown, who is popularly known as Akuapem Poloo has visited the National Chief Imam for the first time after becoming a Muslim.

Known for her controversial nature, it is not quite clear if the actress is indeed serious about converting to Islam. The actress made the headlines a few days ago when news broke that she has converted to Islam.

According to her, she always wanted to do that hence the reason why she gave birth with a Muslim man. So it seems she really knows what she is doing as she paid a courtesy call on the National Chief Imam, Sheikh Osmanu Nuhu Sharubutu at his residence for the first time after becoming a Muslim.

Check out videos from yef visit below