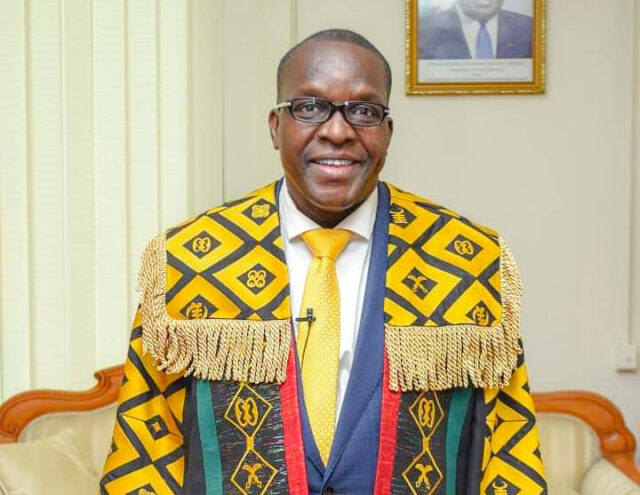 Born Alban Sumana Kingsford Bagbin on September 24, 1957 to Sansunni Bagbin and Margaret B. Bagbin. He hails from Sombo in the Upper West Region of Ghana and is the fourth child of nine children. Alban Bagbin belongs to the Dagaaba ethnic group.

He had his O and A Level education at Wa Secondary School and Tamale Secondary School respectively. From there, he continued to the University of Ghana for a Bachelor of Arts degree in Law and English.

Bagbin then went to the Ghana School of Law, Makola and was called to the bar in 1982. He also earned an Executive Masters in Governance and Leadership from GIMPA.

Bagbin worked as Personnel Manager of the erstwhile State Hotels Corporation consisting of Ambassador and Continental Hotels between 1982 and 1983. He then relocated to Libya to teach English in Tripoli at the Suk Juma Secondary School.

On his return to Ghana in 1986, he joined Akyem Chambers as an attorney and rose to become a partner. He worked at Okyeman Chambers for 7 years and moved from there in 1993 to the Law Trust Company till date as a partner.

Bagbin is the longest serving legislator in Ghana. He first became MP for the Nadowli West Constituency after his election during the 1992 general elections. He was MP since 1993 till he decided not to contest again in the 2020 elections.

Bagbin became the Majority Leader in the 6th and 7th parliament of Ghana. He was appointed Minister for Water Resources, Works and Housing by the late Atta Mills in 2010.

Alban Bagbin had the desire to become president of Ghana as far back as 2008. He announced his intentions to run for president in 2008 on the ticket of the NDC. However, he did not contest in the primaries.

He eventually contested in the NDCs 2019 presidential primaries but lost against former President John Dramani Mahama.

Alban Bagbin is married to Alice Adjua Yornas Bagbin who is a Programme Officer of UNICEF office in Ghana.