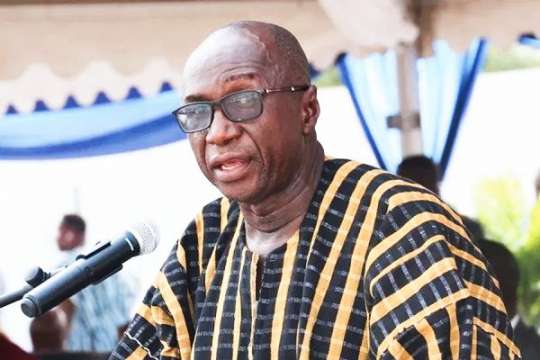 Ambrose Dery is a Ghanaian politician belonging to the New Patriotic Party. He is the Minister for Interior under President Nana Addo Dankwa Akuffo Addo. He is also member of parliament for Nandom constituency.

Ambrose Dery was born on August 23, 1956. He had his secondary education at Navrongo Secondary school and continued to the University of Ghana in 1977 for his LLB.

He was subsequently called to the Bar in 1982. Dery was a Deputy Attorney General in 2003 under John Kuffour. He also served as Regional Minister for Upper West Region from 2004 to 2006 and Minister of State in the Ministry of Justice from 2005 to 2007.

In his first term in office as MP for Nandom Constituency in the fifth parliament, Dery was made the Deputy Minority Leader. He however lost the seat to Benjamin Kumbuor in the 2012 general elections.

Dery contested in the 2016 elections and this time around won to represent the people of Nandom constituency in parliament. He retained the seat in the 2020 general elections.

Ambrose Dery is married with a child.