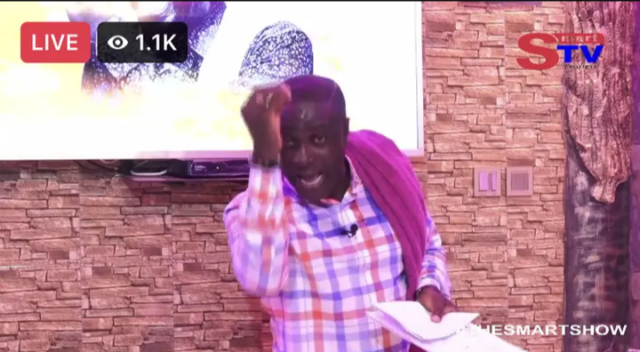 The feisty Captain Smart was in his elements last night on his new show which streams on facebook and YouTube. He is undoubtedly one of the top journalists in Ghana who are able to say things as they are without fear or panic although it has cost him his job in the past.

In last night’s episode, Captain Smart expressed his disappointment in the incumbent government. He highlighted how he never expected such a poor performance from the government in their second term even though he campaigned and voted for the New Patriotic party.

Captain Smart then took it upon himself to boldly reveal the 1 month salary and allowances of Ministers in the country. His anger was that he did not understand why they enjoy all these incentives whilst the ordinary Ghanaian youth go hungry and suffer in the country.

5.Allowances include: 180 Gallons of fuel each month, Furnished Accommodation, 2 Police escorts, Driver, Body guards and others.

What do you think about the estimated salary and allowances of Ministers in Ghana as claimed by Captain Smart on Smart TV?

RELATED POST:   How To Make Soccabet Deposits/Withdrawal With MoMo