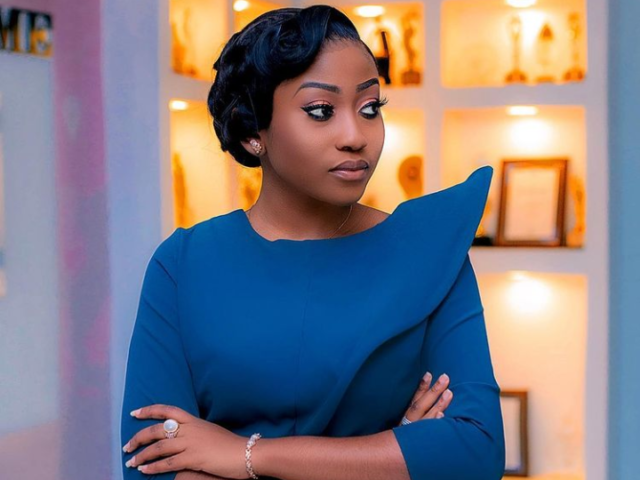 Anita Akuffo is a Ghanaian journalist and a former Miss Malaika contestant. She currenty works at Media General where she hosts a couple of shows.

Anita is adored by many due to her beauty and confidence when talking and is often times mistaken to be the daughter of President Nana Addo.

She was born Anita Akua Akuffo on June 2, 1993 in Accra but is popularly known as Anita Akuffo or Akua for short. She is 28 years at the time of writing this biography.

Anita started her primary school education at St. Anthony’s Preparatory School in South Odokor. From there, she went to Wesley Grammar High School in Dansoman.

She holds a B.A in Communication studies from Ghana Institute of Journalism.

Anita first worked as a journalist at EIB network where she hosted a show on GHOne TV. She however quit her job at EIB network and joined Media Générale. She later revealed in an interview that she was unhappy and underpaid at GhOne TV.

The relationship status of the beautiful slay journalist is not know. However, there have been rumours in past that she was dating Kidi although they have both denied such rumours.

She is certainly not yet married though hence there will always be rumours when she is seen with a man.