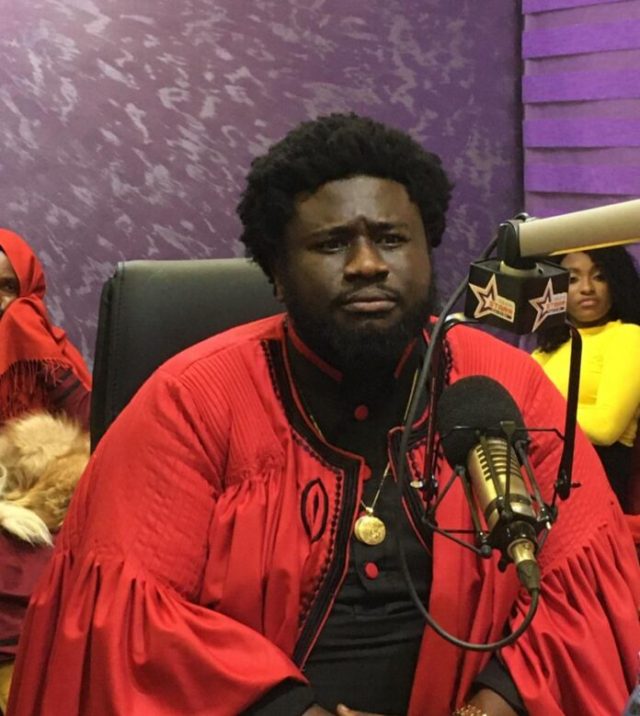 The founder and leader of Universal Spiritual Outreach Society, Prophet Ajagurajah has made another controversial comments that has stirred up reactions from a lot of Ghanaians after his comments on people who enjoy picking money from the ground.

Speaking in an interview in Abusua FM, the prophet spoke against people who pick money from the ground. According to him, such persons will remain in poverty till they die if care is not taken.

He said “that guy who dropped the money cried after realising he had lost his money. He didn’t drop it intentionally. You have to look for whoever prayed for you or whichever power allowed that to happen and than them else you will keep paying for it till you die.

Ajagurajah went on to say that “have you realised that there are people who always complain their salary gets finished even before they receive payment? it could he because they picked money from the ground because the spirits deduct the money even before it gets to your account”.