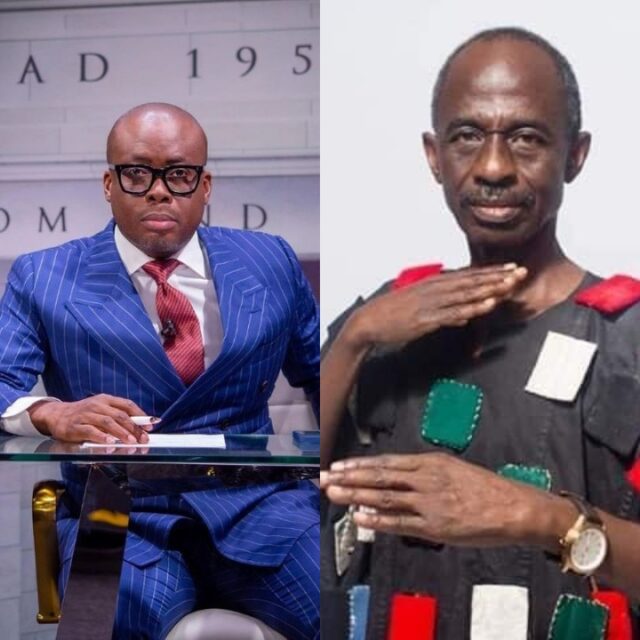 The host of Good Evening Ghana Show on Metro TV seems to be enjoying his feud with Johnson Asiedu Nketiah.

Paul Adom Otchere was fired up for his show last night, May 20 as usual and this time it was the general secretary of the NDC who was at the recieving end. According to him, Johnson Asiedu Nketiah is still living in the 13th century due to his archaic way of politicking and the party’s inability to collate election results of their own.

It is public knowledge that Johnson Asiedu Nketiah and the NDC have always being against the current Electoral Commissioner since she was appointed by the President. It is also public knowledge that the NDC has refused to attend some IPAC meetings in the past including the latest one as well. Reason being that they feel Jean Mensah is not fit for the job with Peter Oturkunor suggesting the EC chair gets angry even when the NDC smiles.

However, Paul Adom Otchere disagrees with the leadership of the NDC, saying they shouldn’t blame the EC Chair for their ineffectiveness. And that Johnson Asiedu Nketiah is still living in the 13th Century and is refusing to accept that he has failed his people.