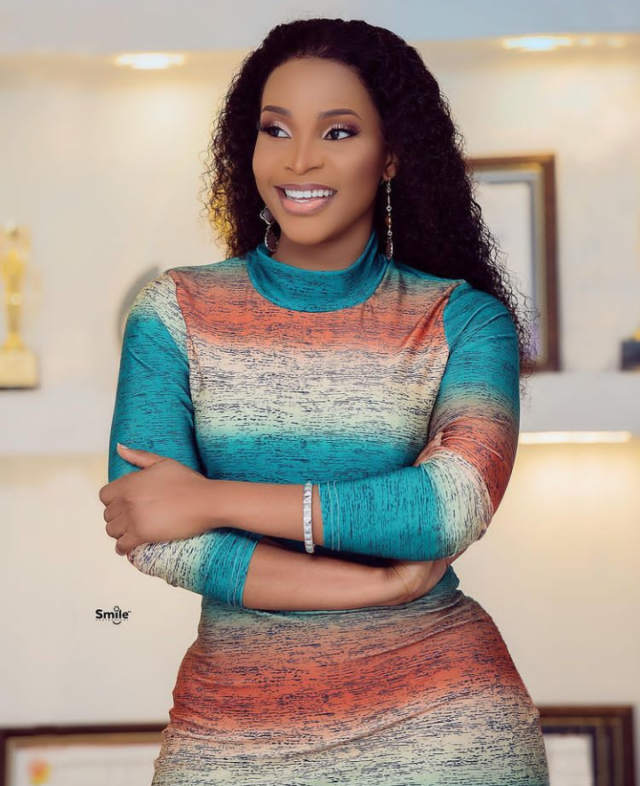 Benedicta Gafah is a Ghanaian kumawood and Ghallywood movie actress, producer and a philanthropist. She is one of the most beautiful and talented kumawood actresses in Ghana. She is also a former host of Music Music on TV3.

There have been a few controversies around her as well and we will talk about all that in this comprehensive biography of her.

Benedicta had her secondary education at Presbyterian Girls Senior High School in Kumasi in the Ashanti region of Ghana.

She then continued to African University Communication College.

Benedicta started her acting career around 2010 and has quickly become one of the fans favorite actresses although she is sometimes criticized as well.

She has featured in several movies both in the kumawood and ghallywood industry.

In 2017, Benedicta signed a juicy contract with Zylofon Media, owned by business man Nana Appiah Mensah (NAM1). According to her, the deal is a very good one although she didn’t mention the amount involved.

She is also a philanthropist and owns a foundation called “Gafah Foundation”. The Gafah Foundation aims at helping the needy by giving alms to the needy and windows of King Jesus Orphanage Home. She shares edibles, clothes etc. to street kids every December.

Movies she has featured in include;

Awards won by the actress include;

Benedicta is a divorcee and an alleged ex-girlfriend of Bishop Daniel Obinim who is the founder of International Godsway Church.

She divorced her ex-husband by name Kwaku barely three weeks after their wedding. According to her ex-husband, he caught her having sex on phone with Bishop Obinim and that he didn’t know he got married to the devil herself.

However, the actress has refuted such claims saying they were not married. She claimed that they were only dating but later realised Kwaku had a wife and kids hence had to back out.

Her deal with Zylofon Media is a juicy one that certainly brought in some more money. She owns a luxurious home in one of the richest communities in the capital as well as cars.

However, we do not have the actual value of her net worth. We will do well to update this biography as and when we get such information.