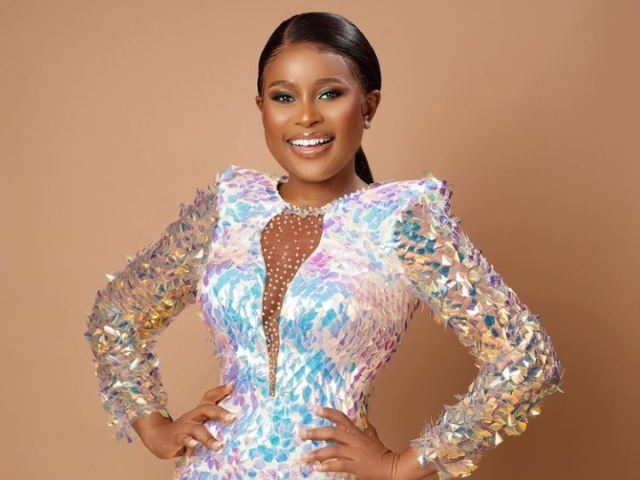 Berla Mundi is a beautiful Ghanaian media personality currently with Media General. She is a co-host of TV3 Ghana’s New Day Show along side Johnnie Hughes and has hosted a number of prestigious events.

If you ever found yourself asking “what is Berla Mundi’s full name, age or whether she is married or not? etc, then worry no more as this biography addresses all those questions.

Belinda Addardey. She is a Krobo and hails from the Eastern region of Ghana.

She had her basic education at St. Theresa’s School and from there went to Achimota School for her secondary education.

She then continued to University of Ghana for her first degree in Linguistics and psychology. Berla subsequently studied at the Ghana Institute of Journalism and also studied French at Alliance Francais.

Berla Mundi previously worked with GhOne TV for five years before switching to TV3 Ghana. But before working at GhOne TV, she contested in the 2010 edition of Miss Malaika beauty pageant where she placed third.

She established the Berla Mundi foundation in 2015 and launched a mentoring and career guidance project in 2018. The project aims at offering skills training to young women.

Hosting of shows and corporate events is one of her prowess and has hosted several top shows and events in the country. She co-hosted the Vodafone Ghana Music Awards in 2018, 2019,2020 and 2021.

Berla also hosts Moment with MO on DSTV, co-host of MTN Hitmaker since 2017 till date among many others.

Some notable awards won by her include;

Berla Mundi is not yet married but claims to be in a serious relationship. Strangely, she has never posted the said lucky guy but always mentions him anytime they go on dates.

Berla is arguably one of the best paid journalists in Ghana after her switch from GhOne TV to TV3. She also makes money from Ambassadorial deals, hosting of events etc.

However, her actual net worth has not been made public. We will however update this biography as and when we get such information.