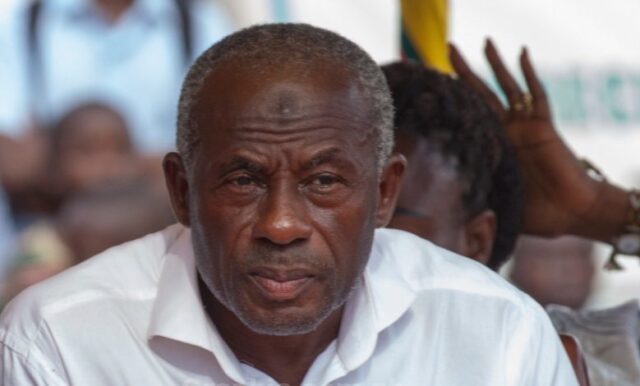 Hon. Collins Dauda is the NDC member of parliament for Asutifi South constituency in the Brong Ahafo Region. He is also considered as one of the “Mugabe’s” of Ghana’s parliament.

Answers will be given to all your questions about who he really is in this article that talks about the biography of Collins Dauda.

The state charged him for causing financial loss to the state due to his role in the infamous Saglemi housing project. However, how well do you know him beyond such allegations against him?

Read along for the full biography of Collins Dauda.

Hon. Collins Dauda is from Mehame in the Brong Ahafo Region.

He was born to Issaka Naaba and Mariama Issah.

Not much information is available to us regarding his basic education. However, he had his secondary education at Mim Senior High School.

He obtained both his GCE Ordinary Level and the GCE Advanced Level between 1973 and 1981 in the same school.

Collins Dauda is a professional teacher. He was into active teaching from 1985 till 1992.

Collins Dauda joined active politics in 1978 when he became a member of the Asutifi District Assembly. He was part of the Consultative Assembly that was tasked to draw up the 1992 Constitution.

Collins Dauda became the first MP for Asutifi South when he contested and won the 1992 parliamentary elections. He won again in 1996 but lost in the 2000 elections due to some weird allegations leveled against him.

However, he returned in 2004 and won the seat back and has being maintained since then. Collins Dauda has served in various capacities in parliamentary committees.

Collins Dauda was appointed Minister for Lands and Mineral Resources in 2009 by the late Prof. John Evans Atta Mills.

He was later moved to the Ministry of Works and Housing which has now brought about the Saglemi housing project brouhaha.

Collins Dauda is married to two wives and is blessed with 11 children.

What is clear though is that most of his wealth comes from his parliamentary work and businesses.