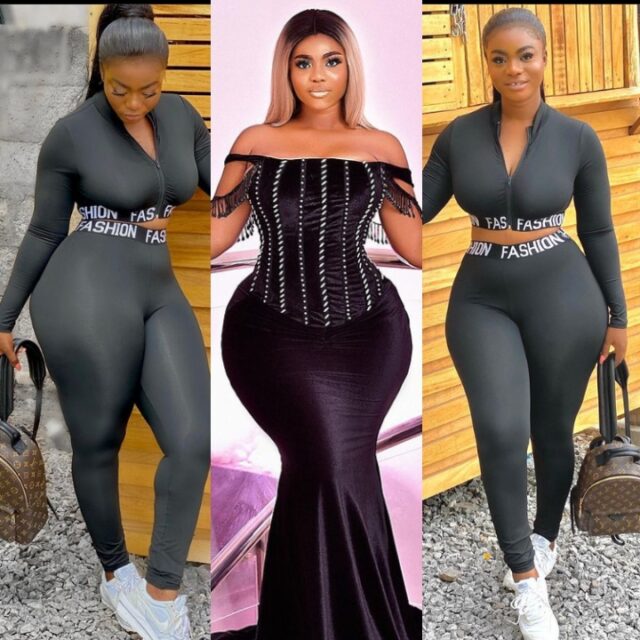 Vivian Okyere is one of the beautiful actresses in the Kumawood movie industry normally tagged as the girlfriend of Yaw Dabo.

Vivian has managed to carve a niche for herself ever since she burst into the scenes with Megye Wo Girl being her break out movie. Perhaps it was due to the role she played in that movie alongside Yaw Dabo and subsequent movies they did together that brought about the talk of her dating Yaw Dabo. However she has denied such assumptions or allegations on several occasions emphasising that they are only good friends.

Vivian Okyere is what you will call beauty with brains. She is a graduate of KAAF University College.

Check out these stunning pictures of her in black outfit on her fair skin . 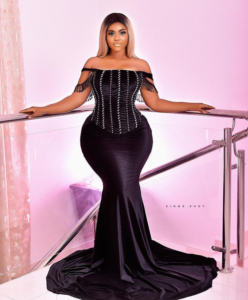 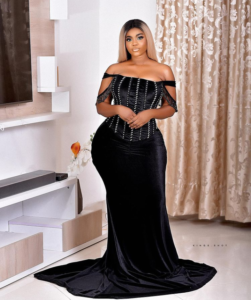 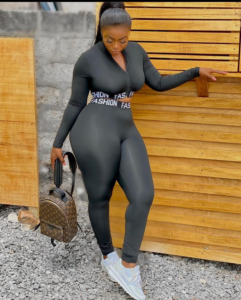 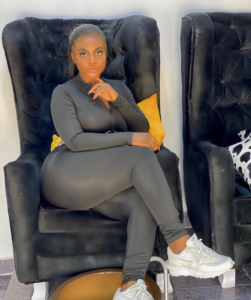 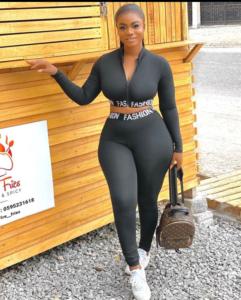 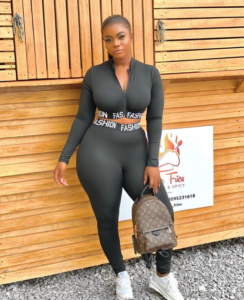