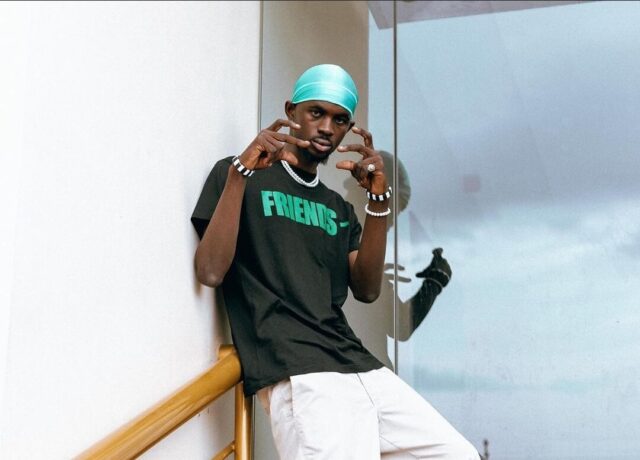 Black Sherif is a young Ghanaian rapper/singer who took the Ghana Music Industry by storm since 2021. The energy and passion with which he does his songs is admirable.

His rise to fame began in a form of trolls where some netizens laughed at him for being too serious in his freestyles/songs. However, little did they know it was his own style which was yet to win their hearts and today, he is one of the most loved artistes in Ghana.

Read along for his full biography.

Konongo in the Ashanti region of Ghana

He had his secondary education at Kumasi Academy in the Ashanti region of Ghana. He was more into dancing than singing whiles in high school.

Heis currently at University of Professional Studies for his first degree.

Black Sherif started his music career right after senior high school in 2019. He used to do covers of other people’s songs and then recorded a few songs of his own as well.

The journey to the top was not an easy one as it required alot of time and sacrifices to blow up. According to him, he had to learn virtually everything about music on YouTube or online because he didn’t have money to pay for such services.

He recently revealed that, it was Yaa Pono helped him to record his first song titled “Cry for me” in 2019. He has since gone on to record other songs like Money, Destiny, Ankonam, Ade Akye, First & Second Sermon and a couple of features as well.

According to the Second Sermon hit maker, he still doesn’t have a girlfriend despite all the fame. This he says is because a girl once turned down his proposal hence is now scared to ask a girl out.

His finances has definitely improved since the release of his first and second sermons hence he is not as sad as he was some time back.

However, his actual net worth is not yet known at the moment. We will however update this biography as and when his net worth is made public.