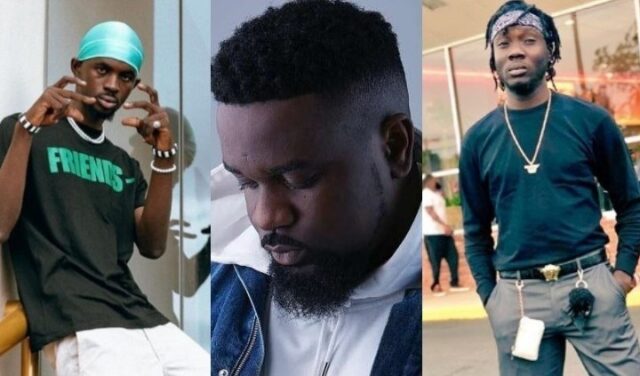 Former Amg business crew member, Showboy is having a good laugh at Sarkodie for not featuring on Black Sherif’s Second Sermon song which has Burna Boy rather on it.

Black Sherif has become a household name in Ghana and beyond after his first and second sermons after they went viral.

It’s been over three months since the release of the second sermon and it seems we will be getting a remix of it featuring Grammy Award winner, Burna Boy.

Fans got to hear a bit of the remix when Burna Boy shared it on instagram and quickly there has been lots of talk about the feature.

One of such persons is the troubled Showboy who is serving 15 years jail sentence in the USA for stabbing Junior US. 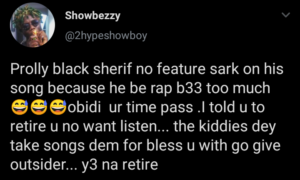 He believes that the reason Black Sherif featured Burna Boy on his Second Sermon song and not Sarkodie is probably because Sarkodie needs to quit music and retire.