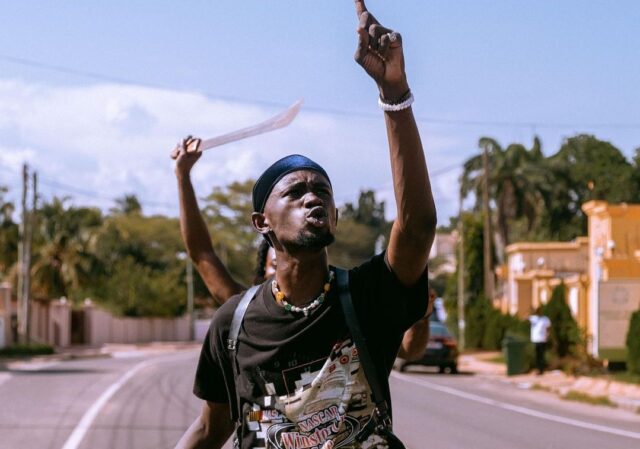 Black Sherif has finally issued an official statement to address the recent rumours about him concerning his breakout from his former manager.

Mohammed Ismail Sherif populary known as Black Sherif became the talk of town somewhere last year after his first and second sermons songs went viral. And since then, he has featured in others songs that have all turned out to be hit songs.

His talent is so clear that he is loved by many. However, recent allegations against him concerning alleged break out from his former manager somewhat threatened to affect the love some fans have for him.

Hence in order to Sancho’s reputation and to make things clear, the “Second sermon hit maker has issued a statement through his team to address the issue.

RELATED POST:   "We For Block Black Sherif, He Is Ungrateful"- Mr. Logic Demands Punishment For Singer

The statement reads “Road Boys Association (RBA) have taken notice of ongoing conversations in the media about a supposed breach of contract by our artist, Black Sherif.

Although majority of the discussions are premised on ill informed and inaccurate information, we will like to assure the general public and fans of our artist that measures have been put in place to address any misunderstanding between the parties involved.” 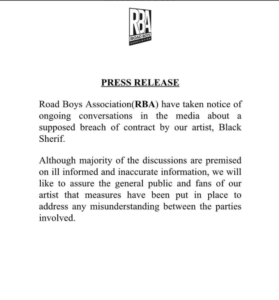 Black Sherif was alleged to have dumped his former manager who made him who he is to sign a new record deal with Empire Entertainment.

The issue first came out through DJ Slim and since then the second sermon Hitmaker has been on the chopping board with some pundits suggesting he be blocked in the industry for his alleged breach of contract.