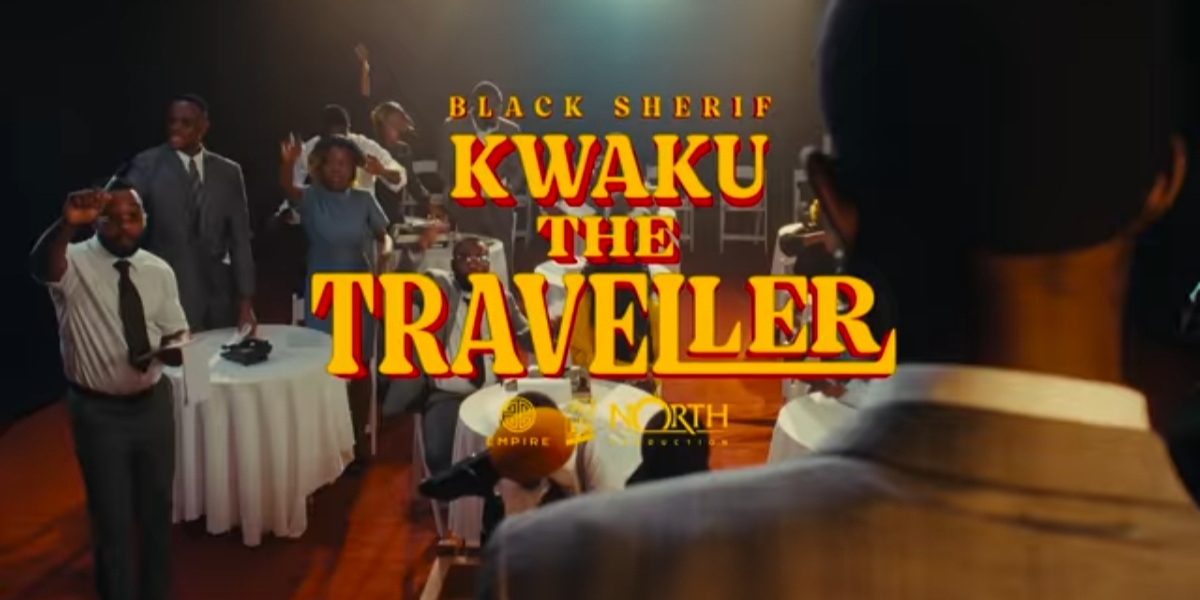 Man of the moment, Black Sherif is finally out with a buzzworthy video for his Kweku The Traveller hit song.

Mohammed Ismail Sherif popularly known as Black Sherif has finally released a sensational video for his Kweku The Traveller single. The young artist who rose to fame in 2021 after his First and Second Sermons and has since become the fans favorite.

His exploits in the previous year won him ‘New Artist of the Year’ and ‘Hip Hop Song of the Year at the 23rd edition of the Vodafone Ghana Music Awards.

On March 30th 2022, he released the audio of a Chart topping single “Kweku The Traveller’ which went viral even more than the ‘Second Sermon’. Well, the fans have been waiting for the video since and it’s finally out and the fans are loving it already.