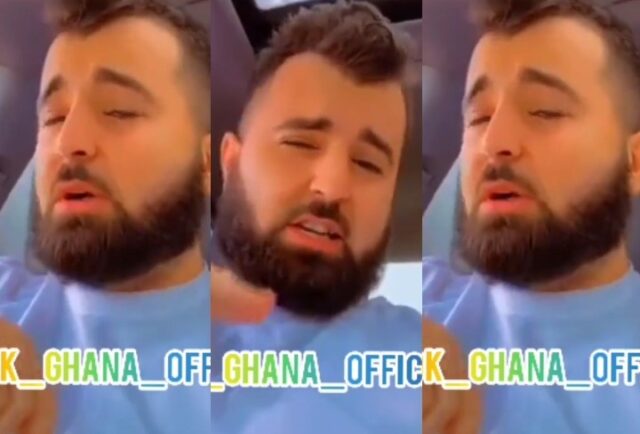 Man of the moment Black Sherif is not only making waves in Ghana but has gone global as well as a white man is spotted singing his “First Sermon” song word for word.

Black Sherif has taken the Ghana Music Industry by storm in the past couple of weeks and months with his “Sermons“. The latest one ie. Second Sermon hit over a million views on YouTube barely 5 days after it was released.

He had a few bangers as well before the second sermon like First Sermon, Ankonam, Money etc. but it’s safe to say Second Sermon is what has made him known by many.

A few days after the release of his Second Sermon, Andy Dosty of HitzFM revealed that an international record label was looking forward to signing him. Fast forward to August and we’ve come across a white man singing Black Sherif’s “First Sermon” word for word.

It is a thing of beauty and it’s only a matter of time for the young singer to begin perform on some huge platforms and win some international awards as well.