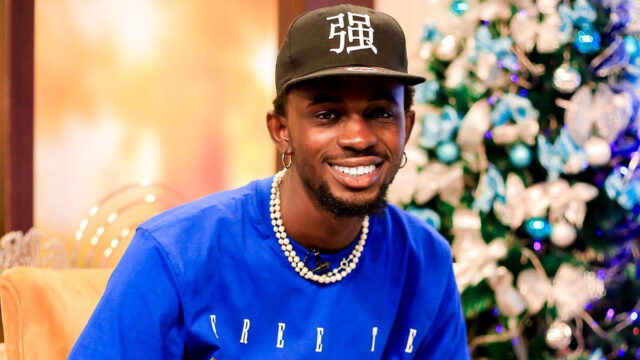 20 year old Mohammed Ismail Sherif Kwaku Frimpong, popularly known as Black Sherif has fast become the fans favorite after his Second Sermon single went viral after its release. But before that, he released a few songs which includes his “First Sermon”.

The First Sermon was also great and was more or less the song that paved the way for Second Sermon although it didn’t really go viral until the later Sermon was released. Soon after “Second Sermon” went viral, lots of fans were anticipating a Third Sermon that has proved futile. Well unless of course the singer decides to surprise his fans.

However, as we speak, it seems a lot of fans have forgotten about the idea of a Black Sherif Third Sermon although some still think there is infact a Third Sermon when there is not.

What the musician rather did after his Second Sermon hit song was to come out with a Remix that featured Nigerian Grammy award winner, Burna Boy. He then decided to starve his fans for some time and rather focused on featuring on other people’s songs and performing at shows all over the country and beyond.

He then came out with another banger, which wasn’t a Third Sermon but rather titled “Kweku The Traveller” which peaked at number One on Ghana and Nigeria Apple Music Charts. It also became the most Shazamed song world wide.

So if you’re here looking for a Black Sherif Third Sermon, then I’m sorry to inform you that there is NONE!

However, since you are here, you might as well listen to his First & Second Sermons.