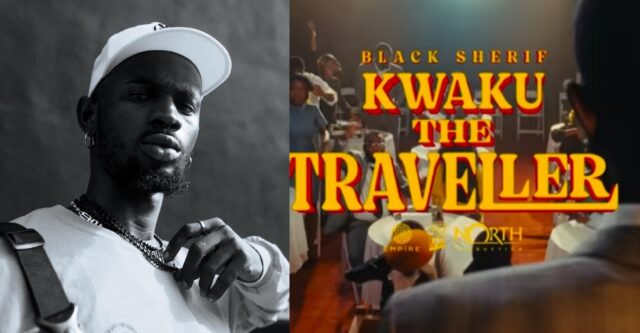 After winning hip hop song of the year at the 23rd edition of the Vodafone Ghana Music Awards with his Second Sermon single, it seems Black Sherif is targeting that award again with his single ‘Kweku The Traveller’.

Black Sherif, who has become one of the fans favorites is doing wonders once again with his ‘Kweku The Traveller’ single as he reaches another massive milestone within four days after the video was released on YouTube.

The video has crossed the 2million mark 4 days after it was released and the fans are loving it.