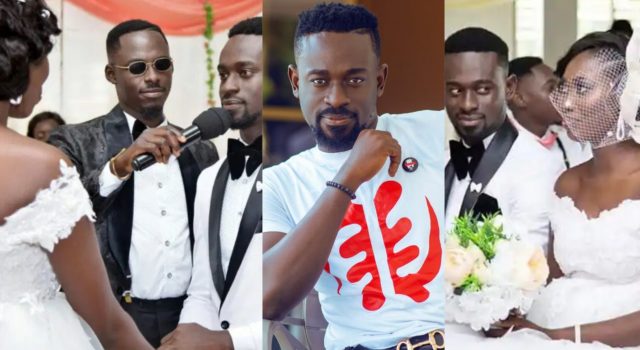 Popular ghanaian entertainment blogger, Augustus Koranteng Kyei, popularly known as Kobby Kyei has revealed in a fresh interview how he had to rush into marriage despite not being financially ready.

Speaking in an interview on Accra FM on a show called Ayekoo Ayekoo, the blogger revealed that he had to rush and marry his wife, then girlfriend after he found out she was pregnant. According to him, at the time of getting married, he was broke and was sleeping on a blanket that cost only 20 cedis.

However, that did not stop him from getting married to his then girlfriend and asked her to keep the pregnancy at a time when all he had as a source of income was the little money he gets from press conferences called “solidarity”

He said “I had just started blogging and nobody knew me or had my name on their list when I went to events”. The very day we realized she was pregnant, I held her hand and went to see her parents”,

“My girlfriend’s parents did not know. The girl didn’t tell them also. She protected me because she believed I was hardworking and could make it. I went to show the list to my parents but they told me they were unprepared and this was an impromptu wedding and I wasn’t employed”, he revealed