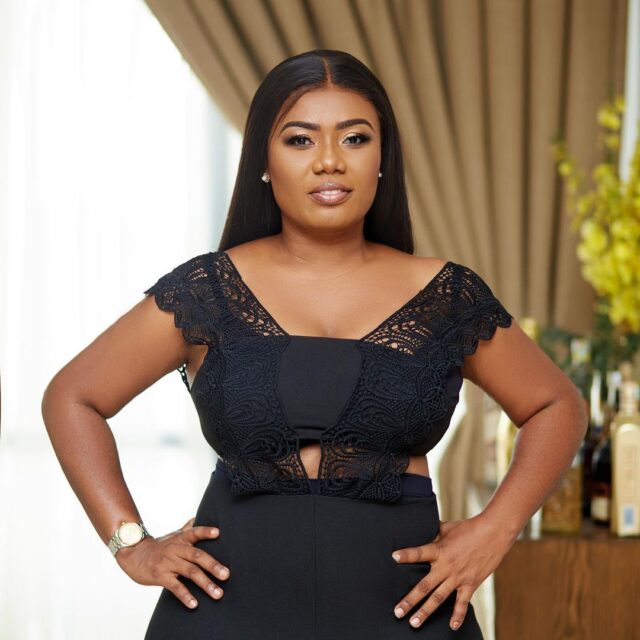 Bridget Otoo is a Ghanaian journalist, media personality, Public Relations Officer and an entrepreneur. She became well known in Ghana during her time at TV3 network where she acted as a news presenter, broadcaster and a show host.

Bridget is an advocate for women empowerment as well as the LGBTQI+ community in Ghana.

Bridget was born on December 31, 1983 to Francis Otoo and Agnes Arthur. She has six siblings.

Bridget Otoo started her primary school education at Aggrey Memorial Basic School in Sekondi. She then had her secondary education at Bompeh Senior High Technical School in Takoradi where was the Girls Prefect for her year group.

Her confidence and ability to be upfront and say things as they are earned her the nickname “The Headmistress” whiles in SHS.

She holds a Bachelor of Arts (BA) Degree in Mass Communication Studies from the Ghana Institute of Journalism (GIJ). She also holds also holds a Master of Business Administration (MBA) Degree from the University of Ghana Legon.

Bridget did her National Service with Ghana Ports and Harbours Authority (GPHA) playing public relations roles. She acted as a voice over artist in the early 2000s recording advertisements for institutions like Ecobank, Tigo, Barclays, Unilever.

She also worked at Good News FM and Sky TV before joining Media General. Bridget hosted shows like “New Day”, “You and the Police” at TV3 and also presented news.

Her time at TV3 was a success story many wished will last forever. However, she resigned a few years back without actually mentioning why she quit in the first place. Till date, some sections of ghanaians believe she was suspended from the Media house.

She now acts as a media consultant, news presenter at Metro TV and also deals in the supply of cement.

From our checks, Bridget is not yet married nor with kids. She seems to be enjoying her single life although she might have a secret boyfriend we are not aware of.