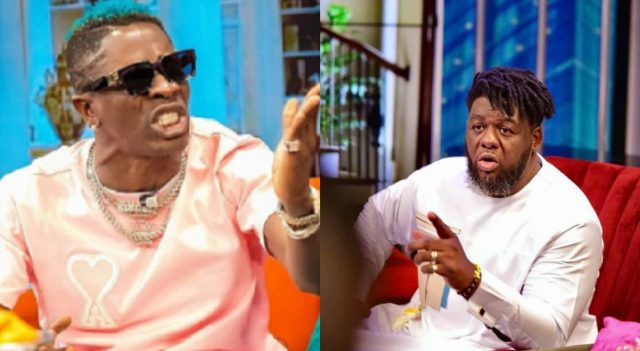 Shatta Wale seems to have had enough of the constant bashing he has been receiving from his former boss as he orders him to shut up else he may be forced to reveal some secrets.

The working relation between Ghanaian dancehall artiste, Shatta Wale and artiste manager, Bullgod has gone sour after their separation over a year ago. And since then, Bullgod has never minced words when it comes to criticising his former artiste.

READ ALSO: I Employed You So Stop Lying To People You Managed Me – Shatta Wale To Bullgod

However, it seems Shatta Wale has had enough of that as he orders him to shut up else he may be forced to start talking. Shatta Wale expressed his surprise at how Bullgod keeps attacking him and asks what he wants to prove with all this.

The “Dancehall King” hitmaker earlier claimed that Bullgod was never his manager so he should stop parading himself as his former manager.

He said “Bull Dog grow up ,the interviews about me be too much .
What do you want to prove …
Nothing !!! So shut the fuck up before I start talking please !!
You know I can talk and you can’t stop me so behave yourself before I loose it !!!