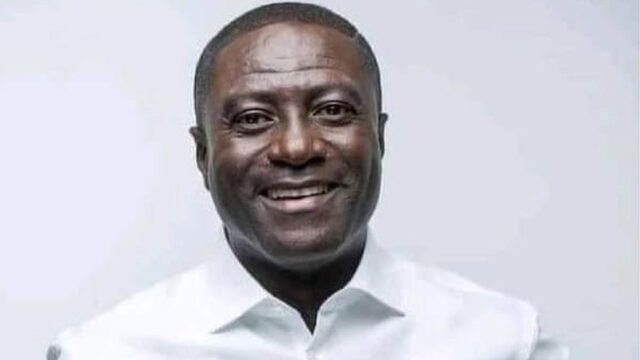 Captain Smart is one of the most respected journalists in Ghana and is loved by many due to how outspoken he is. He is an investigative journalist who uncovers the rot in the country by exposing those in charge whiles criticizing them constructively and firmly.

Born Blessed Godsbrain Smart on May 5, 1975 but is popularly known as Captain Smart. He hails from the Eastern region of Ghana.

He had his basic education in the Eastern region in a government school. From there, he then went on to Apam SHS for his secondary education.

After successfully passing his SSCE, he decided to follow his passion which is journalism. He began by enrolling in one of the best journalism schools you can find in Ghana.

The controversial journalist obtained a diploma in mass communications after a 2 year duration. He then went on to Garden City University for his first degree.

Smart started his journalism career at Fox FM in Kumasi and then to OTEC FM. He has also worked at Kesewa Radio and then to Multimedia Group. He began his work at Multimedia at Nhyira FM and then to Adom FM.

His time at Adom FM was a very successful one as his “Fabewoso Show” became one of the most listened to morning shows on radio. However, the impact of coroniavirus on media houses and advertisers forced him to resign from the media group.

Captain was immediately attracted by Dr. Kweku Oteng’s Angel FM where he joined to host the stations morning show. His time at  Angel FM didn’t end well as he was forced to resign due to some comments he made on his show that was considered as an insult to the governing party.

The controversial journalist did not let his suspension/resignation derail him as he quickly set up his own platform called Smart TV so he can continue doing what he loves doing. Whiles at it, he was poached by Media Générale where he works now at Onua FM.

Smart is a one time divorcee after his marriage with US based ex-wife, Afia Pokuaa ended after just 3 years. He was accused at the time for snatching another man’s wife which allegedly led to his death.

However, Captain Smart denied such allegations saying he divorced Afia Pokuaa before her husband died and that he divorced her due to the many controversies that surrounded their marriage.

He is currently married to Akosua Sikapa Smart since 2019 and are blessed with a son.

The actual Networth of the controversial journalist is not yet known but we will update this article as and when such information is available to us.

However, it is worthy of note that he is one of the best paid journalists in Ghana. He owns luxurious houses in Ghana and other expensive cars thats proves his Networth shouldn’t be less than a million US dollars.