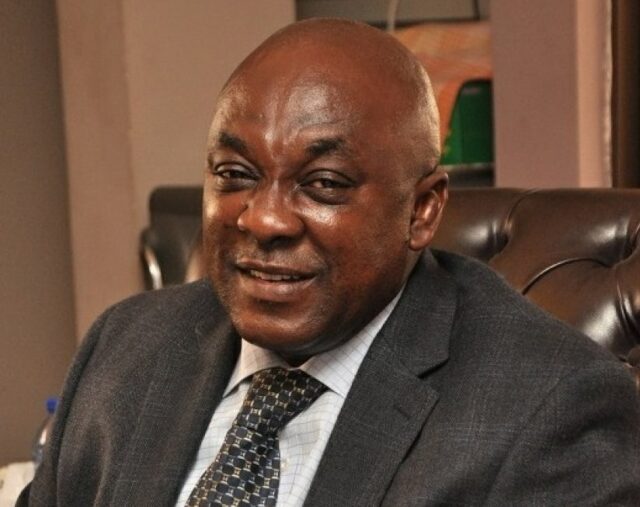 Carlos Ahenkorah is a member of parliament in Ghana with a few controversies around him. However, aside the controversies, how well do you know him?

Read along as this article tackles Carlos Ahenkorah biography in full detail so you can have an idea of who he really is.

He is 55 years old at the time of writing this article.

Carlos Ahenkorah had his secondary education at Tema Secondary School where he was in House 2. He is very active in the alumni group as he always does well to give back to his Alma mater when he can.

Carlos Ahenkorah holds a Master of Arts degree in Ports and Shipping Administration from Regional Maritime University. He holds an EMBA from University of Ghana, BSc in Marketing and a Post graduate diploma in Marketing.

He also holds an advanced certificate in Marketing from CIM-UK.

Before becoming an MP,  Carlos Ahenkorah worked as a Sales Executive at Jospong Consortium from 2004 and 2006.

He subsequently became the Marketing Manager of Zoomlion Ghana Limited between 2007 to 2012. He was also the Managing director of J. A. Plant Pool Limited in the same period.

Carlos Ahenkorah is the CEO of Carlos King Freight Services which has been in operation since 1992.

Carlos Kingsley Ahenkorah is the NPP member of parliament for Tema West Constituency.

He served as a Deputy Minister for Trade and Industry from 2017 to 2020 in Akuffo Addo’s first term of office. However, a Carlos Ahenkorah biography is incomplete without the controversies that made him popular among Ghanaians.

He was forced to resign in 2020 for visiting a number of registration centers when he should be self isolating after testing positive for coronavirus.

Carlos Ahenkorah was involved in another controversy in January 2021 when he snatched ballot papers in the chamber of parliament on live television during the election of speaker of parliament. He was however chased and the ballot papers were taken from him by colleague MPs and security.