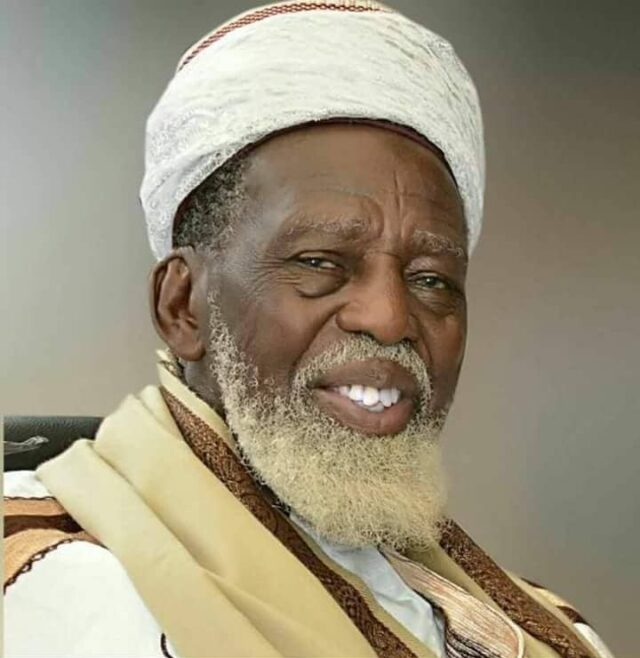 National Chief Imam, Osmanu Nuhu Sharubutu is a highly respected Ghanaian Islamic cleric. He has been serving as National Chief Imam since 1993. Blessed with old age, he is over a hundred years old and still serves in his role as a Chief Imam.

Nuhu Sharubutu began his schooling at home from his father and mother. His father later sent him to a new learning center in Kumasi to be  taught by Abdullah Dan Tano. He studied Arabic Literature and Texts, Arabic Grammar, Islamic Jurisprudence and Hadiths.

Osmanu Nuhu Sharubutu was appointed as the Deputy Regional Chief Imam in 1974. He initially rejected the appointment but was later convinced by some Muslim chiefs to think about it. His appointment was hugely due to his dedication to teaching Islam after his study in Kumasi. He devoted his time in teaching the Muslim youth who intend to become Islamic thinkers and scholars.

Osmanu received his appointment  to become the National Chief Imam of Ghana in 1993 and still serves in that position till date.

He has contributed alot to the peace and stability we are experiencing in Ghana. He is a long standing member of the National Peace Council. The National Chief Imam led the first Jummah prayers in the Ghana National Mosque in Kanda on July 16, 2021.

He is also the founder of the Dr. Sheikh Osmanu Nuhu Sharubutu Education Trust Fund (The SONSET Fund) and the Islamic Peace and Security Council of Ghana (IPASEC)

Below is a list of some selected achievements made by the National Chief Imam;

Nigerian Mariners Caught Sailfish Worth Over $1,000, Instead Uses It For Pepper Soup – Netizens React