Wondering who the wife of Chris Hemsworth is? Well then you are at the right place as we provide you with all the necessary information you need to know about Elsa Pataky, the wife of the Australian actor.

Chris is one of the popular faces on our screens due to his roles in several popular movies such as Thor, 12 Strong, The Avengers, Doctor Strange, etc.

However, many like you do not know much about the actor and that is why this write up has been structured to help you know more about him.

The Australian actor was born Christopher Hemsworth on August 11, 1983 in Melbourne, Victoria in Australia where he was raised. His parents were Craig Hemsworth and Leonie who were social services counsellor and an English teacher respectively.

Chris is the second child of his parents three children who happens to be all boys by the way. His brothers, Luke and Liam Hemsworth are both actors as well.

A young Hemsworth identified his love for acting at a young age and began to make appearances in TV series such as taking up roles in two episodes of fantasy television series ‘Guinevere Jones’ as King Arthur in 2002. He also appeared in the soap opera, ‘Neighbours’ and then in only one episode of ‘Marshall Law’.

He gradually began to get major roles including appearing in 171 episodes of Australian soap opera, ‘Home and Away’ despite being down initially after auditioning for the role of Robbie Hunter. But as we speak, he has starred in over 50 movies and TV series whiles winning some notable awards as well.

Chris has been married to Elsa Pataky since 2010 and has three kids with her. 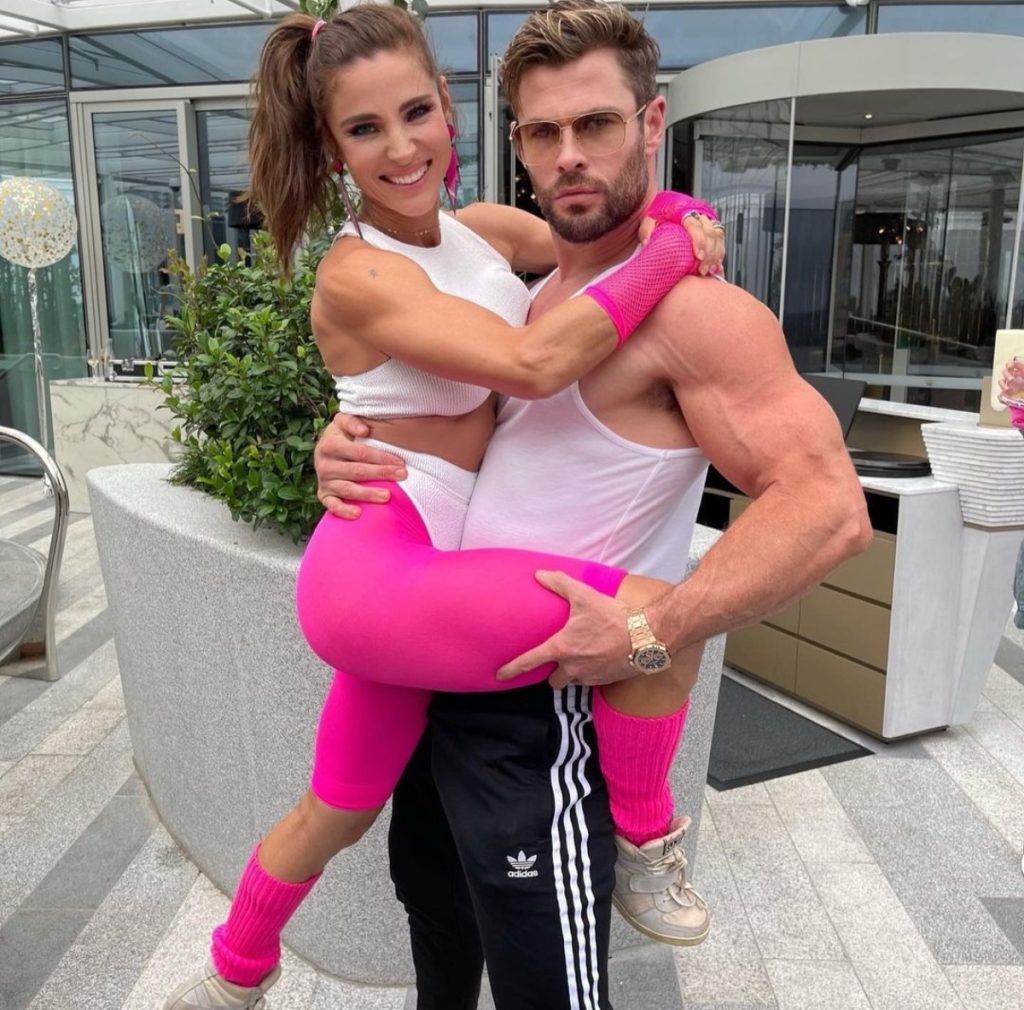 Elsa Pataky is the wife and mother of the kids of actor, Chris Hemsworth. She is a Spanish model and actress who first met Hemsworth in early 2010 and started dating not long after. They then went on to tie the knot the same year in December.

She was born Elsa Lafuente Medianu in Madrid, Spain but is well known as Elsa Pataky.

Pataky is famous for her role in the Fast and Furious franchise where she played the role of Elena Neves. She has also starred in other popular movies such as ‘Give ‘Em Hell, Malone, Snakes on a Plane, Interceptor, 12 Strong, Thor: love and thunder, etc.

Who Was Chris Hemsworth’s First Wife?

Model and actress, Elsa Pataky happens to be the first and only wife of Chris Hemsworth as of 2022. The two got married in December 2010 during the Christmas holidays.

How Old Is Chris Hemsworth’s Wife?

Elsa Pataky, the wife of Chris Hemsworth is 7 years older than him. Pataky is 46 years of age as at 2022.

She was born in July 1976 whereas Hemsworth was born in August 1983. However, the age difference has not affected their marriage in any way.

She was born Elsa Lafuente Medianu

Yes! But not only that. The Spanish model and actress is also fluent in the English language, French, Italian, Portuguese and Romanian.

How Did Chris Hemsworth Meet His Wife, Elsa Pataky?

Hemsworth and Pataky met in 2010 through William Ward, a talent agent who knew both of them. Shortly after that introduction by William Ward, the two noticed the connection right away and started dating.

Barely three months after dating and the Two decided to make things official by getting married in December the same year. They have three kids, India Rose, Sasha and Tristan.

She uses the handle @elsapataky