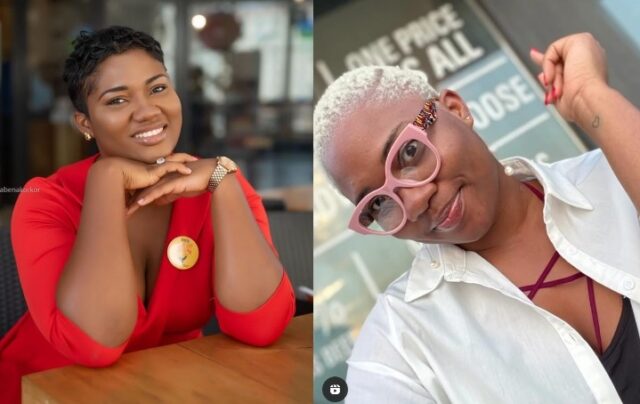 A netizen has tried to embarrass the ever beautiful Abena Korkor after she showed off a new tattoo she had.

As controversial as Abena Korkor can be and her ability to defy the odds, she has given herself the title of a King.

READ ALSO: [Video]”Your Husbands K.ɔti Is For Us Not You Alone”- Afia Schwarzenegger Boldly Claims

Just as Shatta Wale said he is “King already” in the song with Beyonce, Abena Korkor now feels like a King too after having a tattoo of a crown on her back.

However, a fan spotted something else aside her beautiful tattoo that has got fans laughing.

Abena Korkor like you all know is a plus size lady who is very confident in her body. She doesn’t hesitate to flaunt her body when ever she gets the chance.

However, it’s quite clear her ego will be some how hurt after what this fan noticed when she posted a video of her new tattoo.