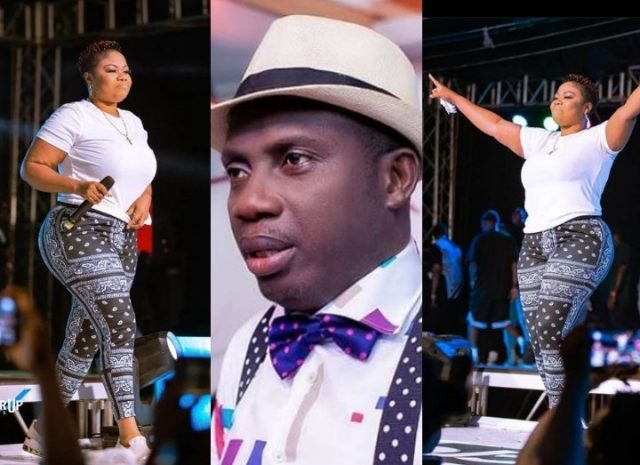 The ever controversial marriage counsellor, Counsellor George Lutterodt is at it again as he heaps praises on gospel musician, Empress Gifty after the later was heavily criticised due to what she wore to Stonebwoy’s Ashaiman to the world concert over the weekend.

Empress Gifty was a surprise performer at the just ended Ashaiman to the world concert and has received heavy backlash since then mainly due to what she wore to stage on the night. Many felt her dressing was inappropriate as a gospel artiste.

However, she clarified things later on and said her appearance on stage was all part of evangelism which many saw as laughable. But then it seems she has gotten a supporter in Counsellor George Lutterodt who believes there is nothing wrong in what she wore to the show.

In fact, according to George Lutterodt, he believes the banging body of the gospel singer which was on full display on the night served as a side attraction for the show and that evangelism will be a lot more easier with people like her. He made these comments in an entertainment review show on Okay FM which was hosted by Halifax.

Counsellor George Lutterodt went on to urge all ladies out there to also try going under the knife if they have the resources to enhance their bodies.

Listen to what he had to say below

A post shared by The People's Person 🇬🇭 (@kwameaplus)