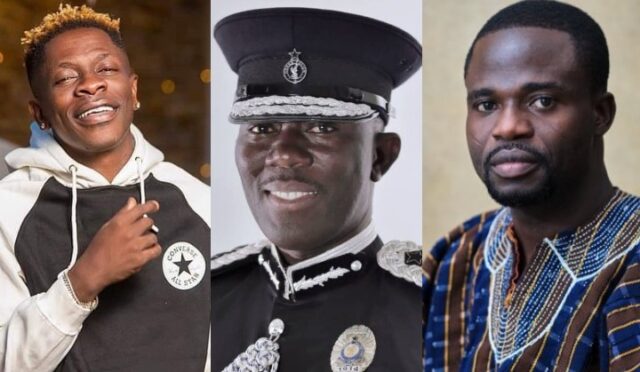 Ace investigative journalist, Manasseh Azure Awuni has shown his poetic prowess as he shades Shatta Wale with a great write up.

Following the Shatta Wale alleged shooting incidence, alot of Ghanaians have shared their opinion about the matter and today, it is the turn of Manasseh Azure Awuni.

He tore the dancehall King into pieces with this great masterpiece that tackles the matter without actually mentioning the name of Shatta Wale.

He started off with a line that has to do with Sarkodie’s latest album, mentioned the new IGP and then ended with a line from Shatta Wale himself 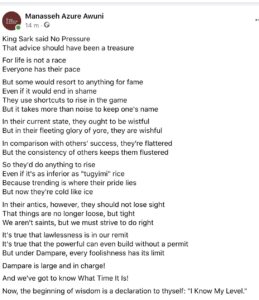 RELATED POST:   Maame Serwaa Reveals What She Wants From A Man. [Screenshot]

His write up reads in part;

But under Dampare, every foolishness has its limit

Dampare is large and in charge!

And we’ve got to know what time it is!

Now, the beginning of wisdom is a declaration to thyself “I know my level” His poetic write up ended

Good news for the SM fans though as the musician has been granted bail.