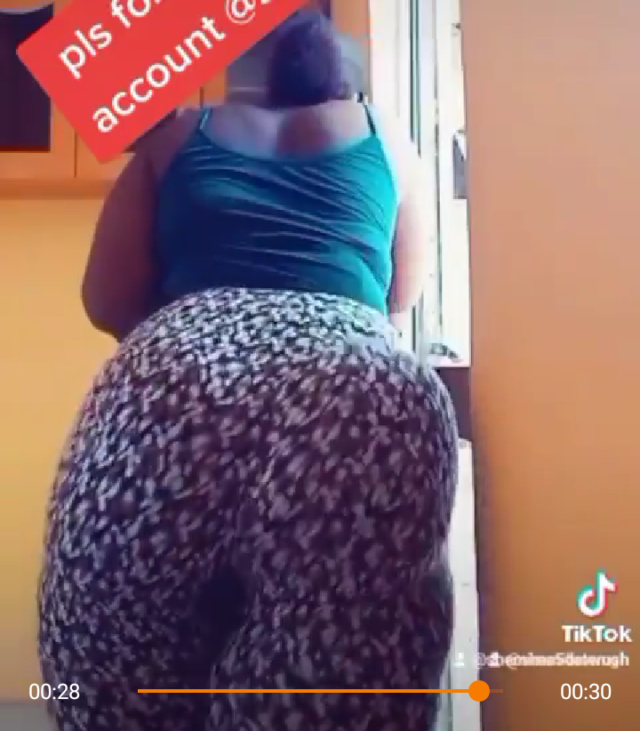 A video of the voluptuous Shemima has popped up online that has got fans drooling.

TV3 Ghana seems to be living by their slogan which is “First In News, Best In Entertainment”. They have managed to win the hearts of all ghanaians with the daterush show which airs on Sunday nights. It was however not surprising to see the show get more views than the Presidents address to the nation on Sunday.

For those who watched the show on the 16th of May, you all saw the beautiful and voluptuous Shemima who won the hearts of many with her huge backside. Since her appearance on the show, it is only normal that people will begin to dig in to find out more about her.

In a video making rounds on the internet, you could see Shemima trying to open a door but rather ends up shaking her huge backside.