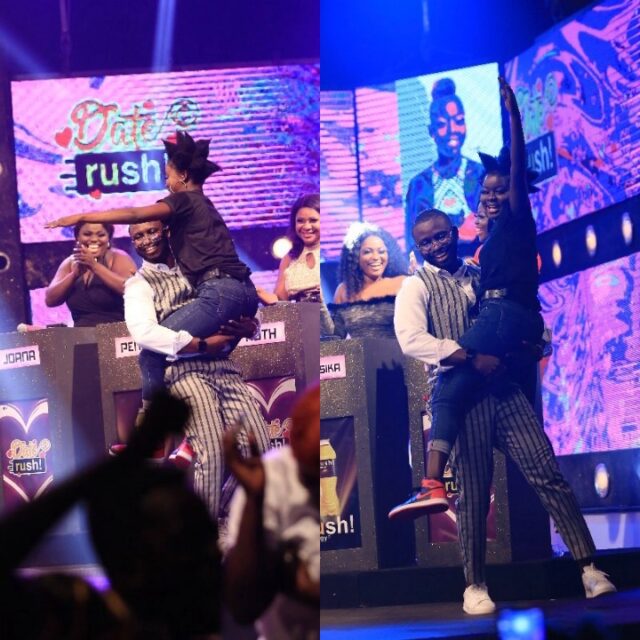 Indeed Everyone deserves love as can be seen in the case of multiple heartbreak recipient, Fatima of date rush show.

For the many followers of the show, it looked as though Fatima was destined not to get a date on the show. However that appeared not to be the case as she finally walked out with a fine gentleman of her own.

Fatima is one of the longest serving contestants on the show who doesn’t seem to ever interest anyone. Even after her first heartbreak on the show today, many thought that was the end of it. However, she never gave up and finally got a date of her own.

WATCH THE HAPPY MOMENT BELOW 👇👇

This is not a drill people! Fatima @fatimadaterush has a date 🔥💕💃