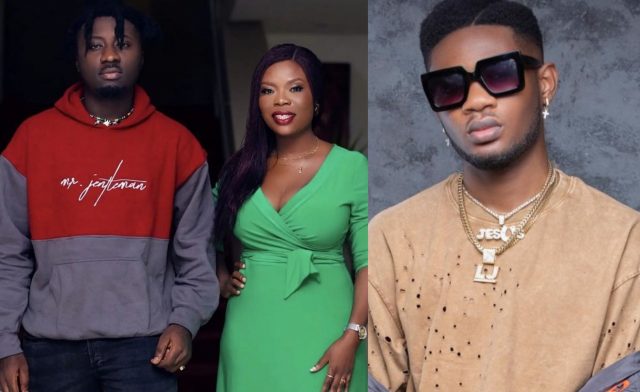 Top media personality and the alleged girlfriend of Amerado, Deloris Frimpong Manso, popularly known as Delay has ordered her ‘boy’ Amerado to stop his beef with Lyrical Joe asap after catching some stray bullets from the later in his “baboon” diss song.

What is an entertainment industry without beef? And that’s exactly what Amerado and Lyrical Joe are serving their fans with as they both go at each other releasing diss songs to show who is the boss when it comes to Rap.

The two rappers .ie. Amerado and Lyrical Joe, who won the rapper of the year at this year’s Vodafone Ghana Music Awards have been beefing each other for some days now. As to who is currently wining the beef depends on whose side you’re on.

But clearly, these two young rappers are on top on their game. However, it seems Delay has had enough of if and as ordered her boy, Amerado cease fire now after catching stray bullet in on of Lyrical Joe’s diss Songs.