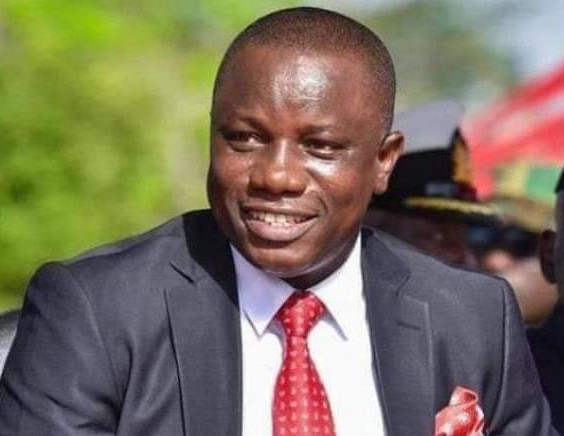 Dominic Nitiwul is the NPP member of parliament for Bimbilla constituency in the Northern Region of Ghana. He has served as the Minister of Defence of Ghana since Akuffo Addo became President in 2017.

This article gives a detailed Dominic Nitiwul biography in the subsequent paragraphs.

He was born Dominic Aduna Bingab Nitiwul but is popularly known as Dominic Nitiwul.

Nitiwul was born on November 4, 1977 in Chamba in the Northern region. He is 43 years old at the time of writing this article.

Nitiwul obtained his O Level Certificate at St. Charles Secondary and Seminary School in 1992. He holds a certificate in Conflict Prevention (2003) and Conflict Management (2005) from the International Academy for Leadership in Germany.

Dominic Nitiwul became the MP for Bimbilla constituency in 2005. He was only 25 years old at the time where he said that he should be graded based on the level of peace he is able to bring to his people. Reason being that at the time, there was a tribal dispute between the Konkomba people and the Nanumba people.

He has served on the following committees of parliament; Finance, Monetary and Financial Affairs, Business, Appointment, Youth and Sports, Roads and Transport and Education.

Nitiwul was nominated by President Nana Addo on January 13, 2017 as Minster of Defence becoming part of the first group of ministers designate. He was again appointed on 21st January 2022 for a second term by the President.

As a Minister of Defence, Nitiwul forms part of the President’s cabinet that aids him in key decision making activities in the country.

He is married and blessed with 5 children.

The networth of Nitiwul is currently under review. However, this article will be updated as and when review is completed.