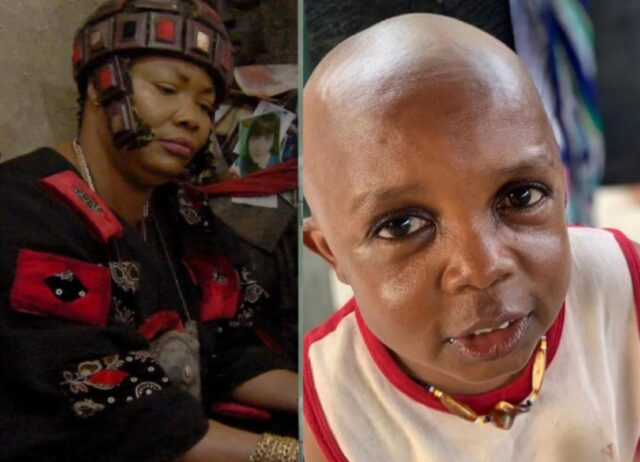 A video of Nana Agradaa went viral not too long ago in which she said she charges Ghs300.00 from new members before youbcan join her church. Claiming that she does so because, the moment you join her church, your problem becomes hers as well and that her church is an expensive one.

The said video drew alot of reactions from Ghanaians including kumawood actor, Don Little who said she was still defrauding people in her church.

This didn’t go down well with the evangelist who responded to the actor in a manner not alot of people expected. According to her, Don Little is useless and hence should have died instead of Tutu, who died not too long ago and Bernard Nyarko.

She believes the dimunitive adds nothing of value to the kumawod industry hence if anyone is to die, then it has to be him.

In a recent interview Don Little granted, he revealed why he stopped going to church. He said it was because ushers used to always drag him to children service and give him toffees even though he tells them he is an adult.