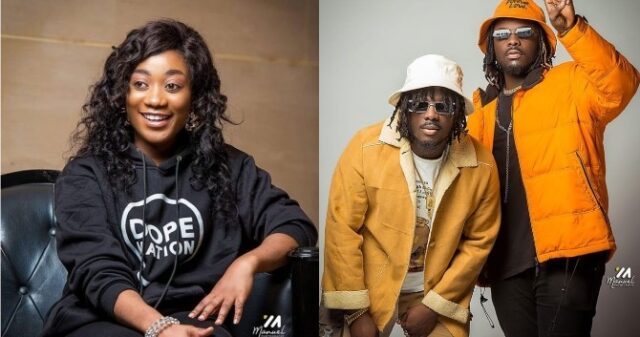 There have been some rumours surrounding Ghanaian musical duo, DopeNation for allegedly extorting money from singer, Adelaide the seer whiles they were working together.

However, the duo made up of Michael Boafo and Tony Boafo have debunked such allegations saying there is no truth in that. They expressed how shocked they were when such rumours were peddled around online.

However, they claim their relationship with the singer (Adelaide the seer) is still mutual and that there is no bad blood between them.

They said and I quote ” we’ve heard alot of things like because we are no longer working with her, we angrily took all her accounts and music rights and stuff but that is not true”.

According to them,  they initially wanted to investigate who really brought such falsehood to the public but then later decided to let it slide for peace to reign.

They however expressed how happy they are at the fact that Adelaide the seer is now a certified gospel artiste.