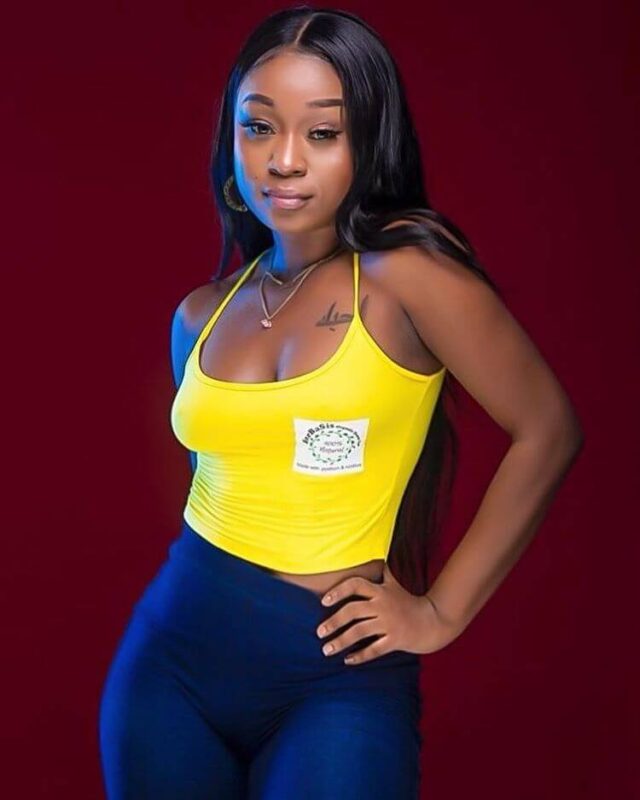 The ever beautiful and eloquent Efia Odo is a household name in Ghana. However, how well do you know the beautiful actress and fix the country campaigner beyond what you see on social media? Well, read along for the full biography of Efia Odo in this write up.

She was born Andrea Owusu on July 18, 1993 but is popularly known as Efia Odo. She lived most of her life in the United States where she worked as an assistant nurse.

However, she left the U.S.A and came down to Ghana to pursue her passion in acting. She has featured in a couple of movies even though the movie industry seems to be on the low at the moment.

Efia is also an entrepreneur and has her own brand of bikinis that is doing well on the market. Before that, she was a TV presenter on Kwese TV.

She is often misunderstood due to her way of dressing and is tagged as a slay queen or one who sleeps around with men for money. However, she has denied such allegations saying her “pu$$y” is not for sale hence she will never do that.

According to the beautiful actress, she broke her virginity at a very young age to a Jamaican boyfriend in the USA. She has since been in several relationships which didn’t really end well. The most popular one was her relationship with Kweku Reveloe because they both decided to go public with their affair until it went sour.

She has also been alleged to have dated Kwesi Arthur and Shatta Wale. However, they have all denied such rumours saying they are just friends. She is currently single and recently announced that she wishes to get married soon.

In 2021, Efia Odo joined the #fixthecountry campaign but eventually decided to step back a bit due to the numerous threats she was receiving.

Efia Odo’s Networth is currently under review. We will update this article as and when we get such information.