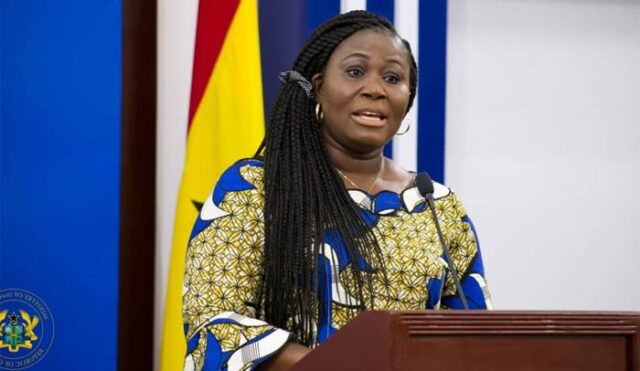 Elizabeth Afoley Quaye is a Ghanaian agriculturist and politician belonging to the New Patriotic Party (NPP). She is a former Minister for Fisheries and Aquaculture.

She was born on November 1, 1970 in Nungua. Afoley is a former member of parliament for Krowor constituency.

As an agriculturist, she has worked with the Ministry of Food and Agriculture as Principal Production Officer for about 20 years.

Afoley Quaye first became MP for Krowor constituency in 2017 after securing majority votes at the 2016 general elections. She beat off competition from Agnes Naa Momo Lartey of the National Democratic Congress, Hugo Kofi Huppenbauer of the Progressive People’s Party and Amartey Fanny of the Convention People’s Party.

Afoley Quaye won the elections with 32,463 votes out of 63,555 votes cast, representing 51.08 percent of total valid votes. She however lost the seat at the 2020 general elections to Agnes Naa Momo Lartey of the National Democratic Congress (NDC).