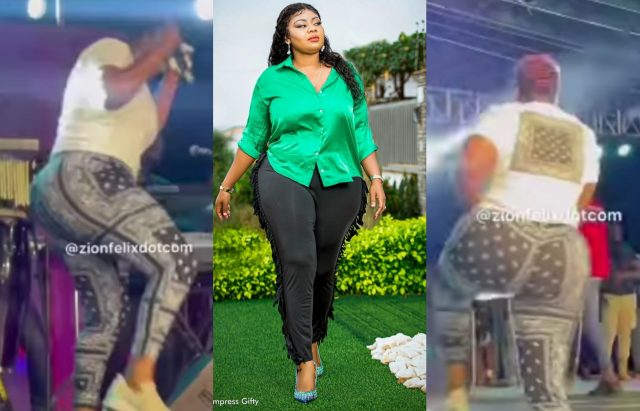 Gospel singer, Empress Gifty came under intense criticism after her performance at Stonebwoy’s Ashaiman to the world concert which was held over the weekend at the Saka Saka park in Ashiaman.

The Gospel singer was in attendance at the show and was one of the performers on the night. However, what got people talking was her choice of clothes and the entire performance for that matter.

Empress Gifty dressed up in a tight skinny trousers and top with a sneaker to match and was captured on stage moving her body in ways that got netizens talking. Well, she has finally explained why she was on stage to perform at the concert despite being a gospel musician.

According to her, her performance was all about evangelism as the idea is to spread the word of God to the masses. She made this revelation in a brief interview with Zionfelix.