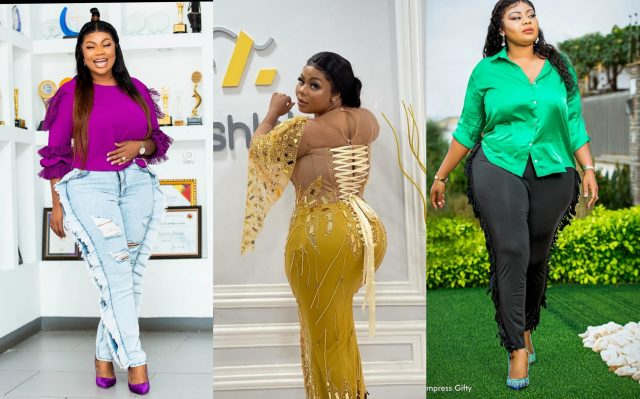 Ghanaian Gospel musician, Empress Gifty has fired her critics in a fresh new video after coming under attack recently for flaunting her nyash.

The multiple award winning gospel musician recently  shared a video of herself online where she was captured flaunting her huge back side as a way of having fun. However, she came under intense criticism as many bashed her for flaunting her body in such a manner as a gospel musician.

Well, the musician is finally out with a reply and a warning to her critics or anyone who writes or spreads any falsehood about her.

She sent a strong warning to anyone who goes online to talk ill about her all in the name of likes and rained curses on anyone who dares to talk about her for their personal gains.