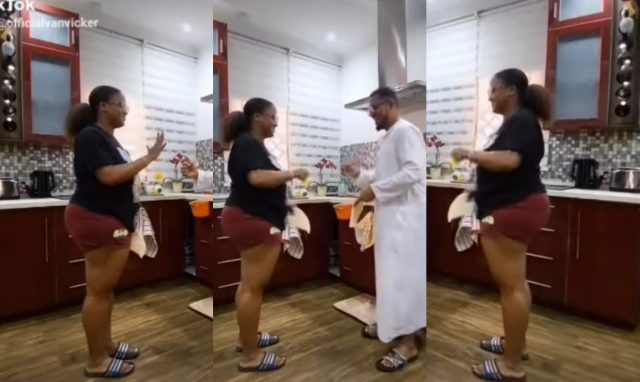 Netizens can’t stop watching the big tundra of Van Vicker’s daughter after he posted a video of himself and his 18 year old daughter doing the tortilla challenge.

On his 45th birthday which was on the 1st of August  2022, Actor, Van Vicker decided to do the tortilla challenge with his beautiful 18 year old daughter, J’dyl Vanette. The challenge which involves some slapping of the loser with tortilas was nicely done by father and daughter.

However, what caught the attention of many was te huge tundra of his 18 year old daughter who was enjoying the challenge of having to slap her dad with her tortillas.