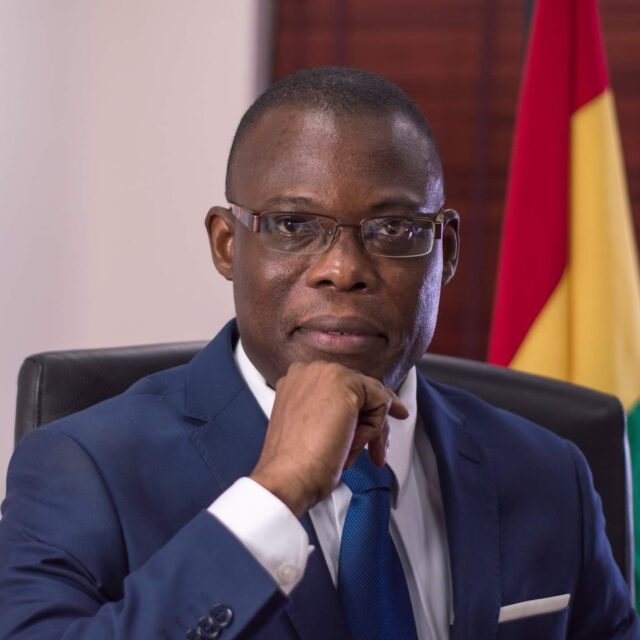 Fiifi Kwetey is a Ghanaian politician belonging to the National Democratic Congress (NDC) where he was once a Propaganda Secretary. He is the immediate past member of parliament for Ketu South constituency.

Born Fiifi Fiavi Kwetey on June 2, 1967 in Hohoe but hails from Nogokpo also in the Volta region.

He had his O Level and A Level education at Bishop Herman College in Kpando and Achimota School respectively. He holds a Bachelor of Arts in Economics and Psychology from the University of Ghana.

Fiifi Kwetey did his National Service with the Office of Parliament from October 1993 to July 1994. After National Service, he worked as a Financial Analyst and a stockbroker at the Investment Banking firm called Strategic African Securities Ltd in July 1995.

He later moved to CDH Financial Holdings Ltd in 1998 as a Funds Manager, Investment Analyst and a Stockbroker till 2002. Fiifi also taught some financial courses at the Ghana Stock Exchange.

Fiifi started politics whilst in the University. He was the Chairman for the National Democratic Congress branch on the University of Ghana Legon Campus.

He then contested in the NDCs executive elections and was elected as the National Communications Officer of the party also known previously as the Propaganda secretary.

Former President John Evans Atta Mills appointed him as the Deputy Minister for Finance in 2009 and worked in that position till 2013. He contested in the party’s parliamentary primaries ahead of the 201w general elections and won to represent the party.

He later won the seat to became MP for the Ketu South constituency for a first term. Kwetey again was elected to represent the party at the 2016 general elections and won the seat for another term.

He was appointed by President John Mahama to serve as Minister of State at the Presidency in charge of Financial and Allied Institutions in 2013. The president later reassigned him to serve as the Minister for Food and Agriculture.

He was later moved to the Ministry of Transport after Mrs. Dzifa Ativor resigned after issues regarding the controversial GHS 3.6m bus re-branding contract.