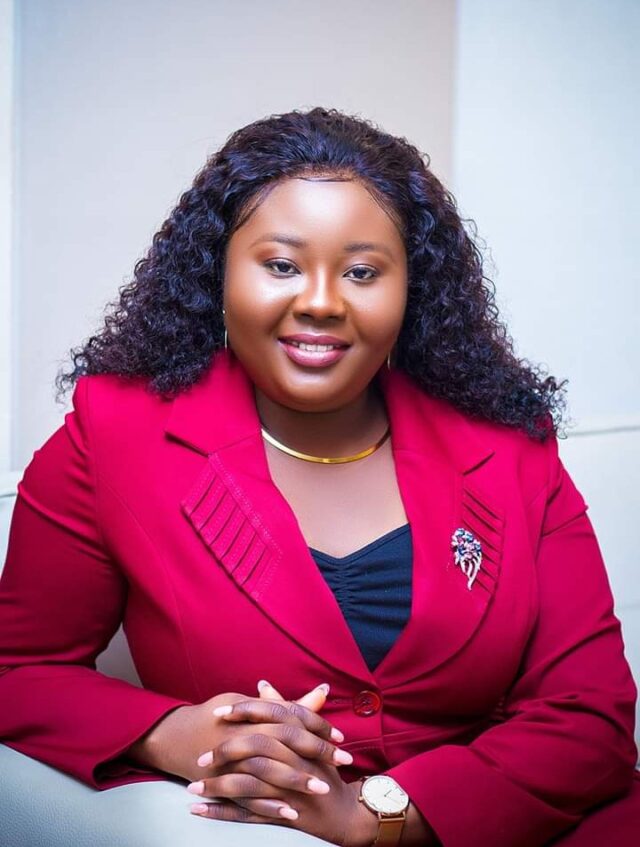 Francisca Oteng-Mensah is a young Ghanaian politician belonging to the New Patriotic Party. She is the NPP member of parliament for Kwabre East Constituency and became the youngest parliamentarian of the fourth republic of Ghana when she won the seat in 2016.

She was born on February 14, 1993 at Aboaso Hospital at Mamponteng in the Ashanti Region of Ghana. Francisca was born to Dr. Kwaku Oteng, CEO of Angel Group of Companies and Mrs. Joyce Oteng.

She had her basic education at Mamponteng Roman Catholic, Revival Preparatory School at Breman and then Supreme Savior International. Francisca then completed her Junior high education at Angel Education Complex and continued to St. Roses Senior high school

Before going to parliament, she worked as a Secretary at the Angel Group of Companies in Kumasi. President Nana Addo appointed her as the Chairperson of the National Youth Authority in 2017.

Francisca Oteng-Mensah got married to Kwadwo Adade Amponsah on her 28th birthday earlier this year at the Blessed Bible Church in Kumasi.