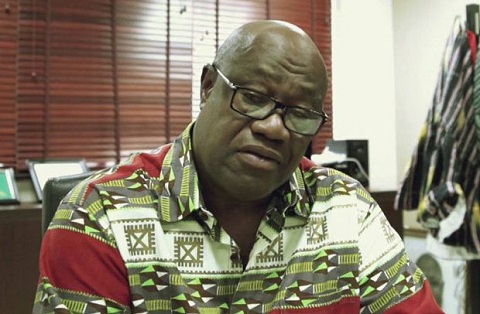 Fritz Baffour is a former MP, communications consultant and a journalist by profession. He belongs to the National Democratic Congress. He was a member of parliament for Ablekuma South constituency.

Fritz was born on March 11, 1952 in Accra. He was born to R. P. Baffour, an academician and one of the first Ghanaian mechanical engineers. His father was the first Ghanaian Vice Chancellor of the Kwame Nkrumah University of Science and Technology. His mother was a midwife.

Fritz Baffour had his secondary education at Prempeh College and the Technology Secondary School in Kumasi. He obtained his GCE Ordinary Level certificate in 1968.

He had his sixth form education at the City of Bath College in Somerset in the United Kingdom between 1972 and 1974. Baffour continued to Bristol Polytechnic between 1974 and 1976.

He holds a Master’s degree in communication studies from Leicester University between 2007 and 2012.

Baffour worked as a journalist and was a producer and director with Ghana Television (GTV). He also worked with Liberian TV,  Nigerian TV, Tyne Tees TV UK, Diverse Production in UK and Back to Back Productions USA.

He was also a media consultant to government under the late Jerry John Rawlings. Baffour is a long standing member of the NDC since its inception in 1991.

He became MP for Ablekuma South constituency in 2009 after winning at the 2008 elections. Due to his experience in communication, he was appointed as the Minister for Information by John Atta Mills in 2013.