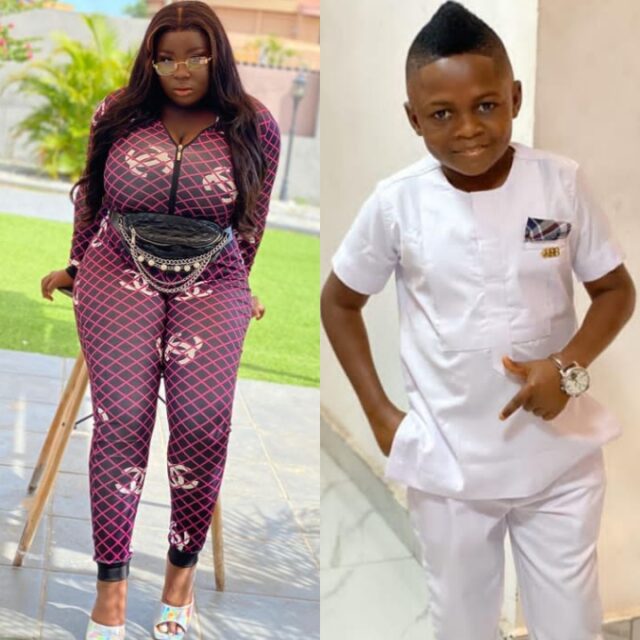 There are some Ghanaian celebrities who became popular by involving in certain attention seeking activities. Although there are also some who gained the celebrity status genuinely.

One does not become a celebrity over night and these actors and actresses put in the work to become who they are today. Take a quick look at 5 Ghanaian celebrities who started their career as child actors before getting to where they are now.

READ ALSO: Christiana Awuni’s Daughter is Indeed A Chip Off The Old Block.

Maame Serwaa is probably one of the most loved Kumawood stars in Ghana. However she did not become this big star we all know over night. She started her acting career at the age of 6 playing child roles.

The young kumawood star was born Clara Amoateng Benson but popularly known as Maame Serwaa. She has featured in several movies playing key roles in most of them.  School Girl, Sekina, Tumi, Ntaafo Tumi, Otan Ne Bayie, Maame Serwaa Asuoden, just to mention a few are examples of movies she has featured in. Maame Serwaa is a multiple award winner as well which goes to show how good she is.

Maame Yaa Konadu Jackson is a Kumawood actress and a singer. Jackson started her acting career at the age of 9 normally acting along side Maame Serwaa. She was born to the legendary kumawood producer and director Jackson K Bentum.

In Yaa Jackson’s case, it is not surprising that she started acting at such a young age since her father is a producer and director. She has however now diverted into music and has released a couple of songs.

Samuel Nana Yaw Dabo popularly known in the showbiz industry as Yaw Dabo is a Ghanaian comic actor with the Kumawood Movie industry. He did not let his diminutive nature discourage him from achieving his goals.

One of his popular hilarious movies we can remember him for is “Megye Wo gal“. Due to his diminutive nature, he still accepts child roles.

Rahim Banda is a young Ghanaian actor who started acting at the age of nine. He is the son of Ahmed Banda who is a movie producer and owner of Bandex Films. Rahim Banda’s issue is similar to that of Yaa Jackson since he is also born to a movie producer. He has featured in lots of movies from his father’s production.

Abraham Nii Attah is a Ghanaian actor, living in the U.S. pursuing his career and education. He hails from the Ga–Dangme ethnic group in the Greater Accra Region of Ghana. He made his debut in the movie Beasts of No Nation which got him International recognition and also featured on several international movies like Spiderman Homecoming.